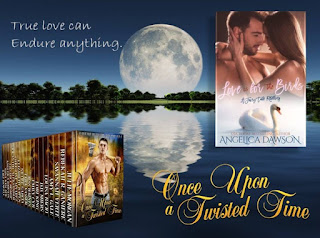 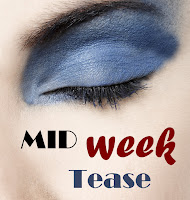 For my tease this week, I have a snippet from Love Is For The Birds, my retelling of Swan Lake.

“You can go to your room, Anna. You will not be leaving it.” Father crossed his arms and she didn’t argue.
Rising, she hugged each of her parents. “Good night, Father. Good night, Mother.”
That left Vlad. She didn’t trust herself to be able to release him, so she curtseyed to avoid the hug. “Good night, Duke.”
He frowned but couldn’t argue.
In her room, she looked fondly at the mattress. It would be glorious to sleep on one again. She didn’t flinch when she heard the lock slide into place.
For the first time since the night of the ball, Anna undressed. It was almost painful, like she was pulling burrs out of her hair.
She stood in just her shift when she heard whispering in the hall, her mother and a man. She did jump with the lock released.
“Hurry. I’ll lock it again so he doesn’t know.” That was Mother, and she opened the door for Vlad. “I trust you will make sure she is here in the morning.” Once again, the lock fell into place.
She shivered, then brought up her hand to cover herself. Vlad chuckled, and she dropped her arms. He may not have seen so much of her before, but he had touched this and more.
One lamp cast shadows through the room and he shut it, moving her toward the window. “You look beautiful in the moonlight.”
She found she could see him more clearly in the soft glow than the harsh lamplight. Lifting a hand, she touched his nose, cheek, and chin, each familiar and warm. The stubble rasped on her fingers making him real.
He sensed the change too, grabbing her up and crushing his lips to hers. She met him with equal fervor, eager to devour him, to take him completely and make him hers.
He had similar plans, his fingers dragging up the back of her leg. Pushing the shift out of his way, he grasped her ass at the same time he pulled her knee up onto his hip. Her legs fell open and she bit his lips against the chill when her heat was exposed.
“Oh, Anna.” He gave her no more warning, lifting her onto her toes and carrying her two strides to the bed.
She expected him to fall on her, rest his hips between hers. That was how it was done, she believed. Instead he slid down and put his head there. Instinct led her to cover herself, but his lips met her own before her fingers moved that far.
Her fingers redirected to his hair. Squealing, she squirmed against his kiss. He seemed more acquainted with her nethers than she was.
A familiar wave of heat rushed over her. Reflexes drove her to hold onto his hair while she shuddered and writhed. The rush ran out her crotch and Vlad moaned.

I am just one of the great teases this week. Hop around and read them all!