Hello teasers! I thought I'd share some teasers from my contributions to recent boxed sets. Both Once Upon A Twisted Time and Coming in Hot 2 will be disappearing at the end of the month. Don't miss your chance to grab all these hot stories for such a small price!

From Rescue Me, the second Coming in Hot compilation, I have an excerpt. This is Dynamic Destiny, the story of a Domme and her doctor-boss. This is earlier in the book, with one of her other subs.

"Please undress for me. Sitting will be easier out of those pants.”
“Yes, Mistress.” Robbie grinned as he moved to stand before her, pulling his shirt over his head. Robbie wasn’t ripped like some men—Dr. Edgerton for example—but he was bear-like, large in all dimensions and nearly furry. She reached out once the shirt was gone to run her fingers over his belly and up toward his nipples.
He waited for her to finish and pull her hand back before releasing his pants. He wore bikini-style blue briefs that tucked his package tight. It would be confining when he swelled further than he already had.
“Mistress?” He hooked his fingers in his briefs.
“Not yet. Come closer.” She used her hand to urge him down to his knees, spreading her own to allow him to kneel between them. Her fingers slid over his shoulders, throat, and upper arms. “I would like you to touch me.” She took one of his hands and put it on her breast, pulling the corset down to allow the nipple and flesh to rest atop it.
“May I taste too?” he asked, blue eyes heavy and serious.
“Soon.”
“Yes, Mistress.” 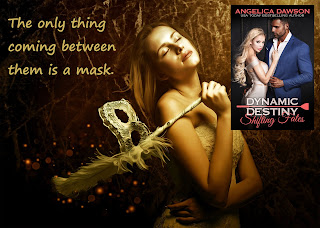 Ignoring everyone around them, Destiny built the pair of them up. Her pussy ached to be filled and Robbie’s cock strained the bikini he still wore. The head poked out the top, leaving a glistening patch of hair below his navel.
Time for the fun to begin. She removed the sealed bag of ice from her bag. “You seem hot.” She pulled a cube free and circled one of his nipples.
He sucked breath through his teeth. “Yes, Mistress. Very hot.”
“Poor boy.” She circled the other lazily. “Stand up.” She slid back in her chair, putting a little distance between them. His cock now stood just below her eye level. The cube left a line of cold water where she drew it up the inside of his thigh. “Do you need it here?” She tucked it behind his sac, soaking the briefs.
His nuts climbed up, making him grit his teeth. After a small grunt he could answer, “Yes, Mistress. Unless you want this?” His finger traced his length over his briefs.
“Not yet. How about this?” Reaching between his legs, she pushed the ice up and toward his ass. She didn’t press enough to penetrate, but his legs shook. She pulled it free and drew a line across her breasts, water running down. The cube had shrunk significantly, but she wanted to wash down to the pink center.
“Open up.” She reached up to slip the sliver of ice and candy between his lips.
Robbie licked it up and crunched it between his teeth. “Thank you, Mistress.”
“Less hot now? Or shall I grab another?”
“Anything you want.”
She smacked his ass cheek lightly. “Not anything.”
He grinned. “Almost anything.”

Be sure to check out all the other great teasers offered this week!