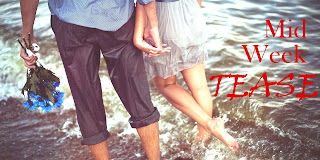 Happy Holidays! It's Boxing day here in Canada, which means sales! It also means coming down from the rush of the big day. Breaking from Ethereal Guardian, I thought I'd give you a snip from Ethereal Witness and Paige's Christmas.

. “Okay, Geoff. Let’s go.”
The wisps that formed his apparition grew dark. “Geoffrey.”
“I can’t call you Geoff?”
“No.” He turned away from her.
“Fine.” She rolled her eyes and pulled on rubber boots. The streets were a wet mix of snow and slush. She might wish for something warmer when she got to the park, but it didn’t snow enough to make it worth buying winter boots.
From the shed, she retrieved a spade and headed down the alleys.
“Not the street?” Geoffrey asked.
“Nah. Don’t need any questions about the black girl and her shovel. I mean, it’s practically a weapon.”
Geoffrey’s brow furrowed and she was surprised she could make it out. “Oh. A thieving slave?”
She nodded. “Yeah, they’d probably think that too. Y’know, I really resent your ancestors.”
Geoffrey held up his hands. “We didn’t have any slaves.”

“No, but I bet you treated those in town horribly.”
He shook his head. “They didn’t go around town. I only ever saw them at church. They sang like angels.”
“Yeah? That’s not something I inherited.” Her boot squelched in a puddle.
“Too bad.”
Paige tried to recall ever saying more than a few words to the ghost. Never more than a few. “Do you talk to Ember or Gwen like this?”
“Not really. I’m sure they would, but it’s usually just me and Summer.”
“Yeah. That’s the difference, isn’t it? Wait.” She stopped and turned in a circle. “There.” She pointed to a tall thick oak. In Jane’s memory, it had been much smaller. “Be my look out? It’s early and Christmas, so I’m hoping no one is going to the park, but you can let me know in time to stop digging.”
The ghost nodded. “I can do that.”
“Perfect.” Paige put the tip of the spade to the grass and stepped on it.
Cutting into the sod, especially frozen, was tougher than she expected, but once she’d broken a square a couple of feet long, it was easy to pry it up from the soil beneath that hadn’t chilled enough to freeze. Setting the sod aside, the rest of the job took no time, and within an hour, the spade hit something. At first she thought it was just another root, but as she brushed it off, it had a rounded corner and wasn’t oak but a light wood, like birch or beech.
The box wasn’t exactly in the hole and she wished for something a little smaller, like a trowel, to get it out. Instead, she dug down and under, leaving the box hanging. Pushing and wiggling, she worked it free.
“Paige!”
At Geoffrey’s voice, she dropped the box in the hole, threw the spade back into some bushes and slipped the sod into place. It wouldn’t take much to notice it had sunken or the pile of dirt beside it. Thrusting dirty hands into pockets, she wandered, hoping she looked like another person enjoying the mild winter.
“Merry Christmas,” a woman wearing a hijab said as she passed.
“Same to you,” Paige answered reflexively. Then she took in the other woman’s scarf. Wait. You don’t celebrate Christmas.”
The woman laughed. “No, but you do, do you not?”
“Uh, yeah. Happy whatever-holiday-you-have.”

Don't miss the other great teases this week and enjoy the festive season!