Welcome to the MidWeekTease! Today I want to share an excerpt from Phoenix Johnson's Wolf Smitten Trilogy final installment.

Krissy and Derek  are faced with additional challenges; some even more dangerous than anything they’ve faced so far. When a wild wolf attacks Krissy, Derek never suspected he would come face to face with a former high school buddy. It’s not a happy reunion, though, and Krissy is fighting for her life. However things aren’t always as they seem, and Derek’s wolf is about to get some company.When they finally return home, Krissy’s new status puts another life in danger, and then she’s thrown into dealing with a forgotten dinner date with her parents.
Can Krissy and Derek overcome the constant surprises being thrown at them? Will they ever get their happily ever after. 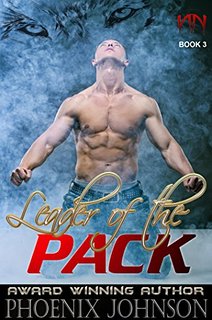 Thinking back on it now, the timing of the sudden telepathy was even more comical than it had been at the time. He’d been impatient to get back to Krissy, but didn’t want to be rude to Aubree, his former lover from England. When Derek had headed to the bathroom, it had been with the intention of giving Krissy a quick call, however he’d forgotten his phone was on the seat beside him, not in his pocket. A silly mistake, but only a few minutes later, Krissy’s voice had sounded in his head, to both their surprise. They’d not yet had a chance to discuss the link, with Aubree causing trouble, and then the appearance of Mike with the scientist responsible for Derek's condition. An unwelcome turn of events, but it had presented Derek with a decision; keep living as part man, part beast, or risk both their lives at the chance of reclaiming his entire humanity. While it had been very tempting to once again be whole, a close run in with a wolf pack had made his decision for him. If it hadn’t been for his inner canine lending him its heightened senses, he’d have no doubt stumbled into the pack and landed in trouble with the adults protecting young cubs.
Derek’s muscles shuddered as he stretched his arms and yawned. The rich afternoon sun was warm through the thin canvas walls of the tent, and the golden tint shone on Krissy’s face as she continued to slumber beside him. He propped himself up on his elbow and rested his head on his hand, smiling as his gaze played over her curves, her soft skin beckoning to him as her chest rose and fell in steady rhythm.
He traced a finger down Krissy’s cheek, his tongue flicking out to moisten his lips as he took in the sight of her plump ones, deep pink in the tinted lighting inside the tent. While part of him wanted to let her sleep, a larger part of him couldn’t resist, and he leaned in to brush his lips over the temptation of her mouth. Her lashes fluttered open as she responded to his kiss. Encouraged by her subtle returned pressure, he deepened the kiss, resting his weight on his elbows as he hovered over her, silently letting her know she wasn’t going anywhere right now. Krissy stretched her arms and looped them around his neck, combing her fingers through his hair. A deep, guttural moan escaped to caress against her lips, goosebumps racing along his bare skin.
Krissy broke their kiss and tilted her head on her pillow. “Well, that was a nice wake up call.” She continued to rake her fingers in a flutter over his scalp, the sensation both relaxing and arousing to him. “What was that all about?”
Derek lightly tapped his index finger against her soft bottom lip. “I got lost in the moment.”
She rolled her eyes and chuckled. “You can be so cheesy sometimes, you know that?”
A mischievous mood came over him, and he adopted an Irish accent. “Tha’s jus’ part of me charm.” He winked as he rolled his r’s, and Krissy burst into laughter. The lightness of the moment had him giddy. Derek knew he’d miss these moments once he found work, but he was also sure that it would make these moments all the more special. Full time employment also meant he could spoil his love rotten. They hadn’t been together long, but he already knew he wanted to spend the rest of his life with her. He just wondered if it would be too soon to ask that certain question. 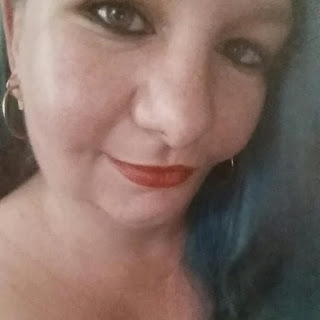 Not wanting to spoil the mood, he rolled on to his back, pulling Krissy with him so she now straddled his lap. With nothing separating their naked bodies, bare skin slid across bare skin and the sensation only served to increase his arousal. Her moist heat was against his cock, which was getting harder as each second ticked by. Derek just wanted to enjoy their time together, however, and resisted the urge to take her. Instead, he rested his palms against her thighs, gently moving his hands over her skin in what he hoped was more relaxing rhythm than an erotic motion. He heaved a deep sigh and just looked at Krissy as she leaned down to kiss him. Her hands against his biceps were soft and warm, their firm grip making his mind wonder about where else they’d feel nice.
A branch snapped outside their tent. Derek and Krissy froze. He tapped into his wolf’s senses, and a lupine scent flooded his nostrils. His creature was tense, and Derek now mentally kicked himself for ignoring the animal’s growing unease. He didn’t need the improved hearing to detect the snuffling and growling outside, though, and he held a finger to his lips.

To follow other projects by Phoenix Johnson, please visit Phoenix Johnson Author. She can also be found on Facebook, where you can sign up to her newsletter, The Nest. She is also on Twitter
Posted by Angelica Dawson at 00:00