For your reading pleasure, we'll be featuring each author with a story of her choice for the next few weeks. Some will include interviews, and all will include excerpts. Today's featured author is Dariel Raye. 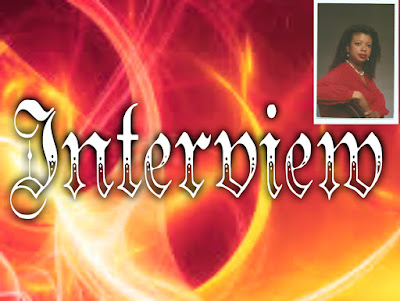 1.   When did you start writing?
I started writing stories as soon as I was able to write, and included them in the package deals I made for my custom paper dolls in first grade. Yep, I stayed in trouble in first grade, but an entrepreneur was born 😉 The stories started out simple, and evolved into these deep, dark escapes as I grew older.

2.   What makes your stories unique?
My paranormal romance/urban fantasies are also interracial/multicultural stories that offer a positive view of heroines, mostly of African and Native American descent. Racial and social issues are subtly addressed from a more universal perspective without detracting from the romance or spoiling the much sought-after escape. Despite racial or cultural differences, love always transcends all.

3.   Is there a common thread that runs through your books?
Three main characteristics or elements seem to show up in most of my stories…
·     grandmothers, their powerful influence and wisdom
·     strong, educated heroines with exceptional street smarts who fight for what they believe, physically or socially.
·     And heroes who are protective, supportive, and willing to sacrifice themselves for the women they love.

4.   If money was of no concern, what would you envision as your perfect lifestyle?
First, money has nothing to do with this, but I would not be chronically ill. I’d live in a ranch house outside the city limits so I could own lots of land, not far from where I live now, within walking distance to the beach. There, I could have 2 cats, 2 – 3 dogs, and 2 – 3 horses and my house would be connected to the barn so I could reach my horses no matter what kind of weather we faced. Inside, I’d have a studio with 3 distinct areas for my music composing, recording, and teaching (piano and voice), my writing, of course, and my art work (mostly sketches). I’d also own a shelter for stray and abused cats, dogs, and horses, hire staff to keep it state-of-the-art, and two resident veterinarians.

5.   Besides writing, what things are you most passionate about?
Animal rights, human rights, particularly children, women, and minorities because they have been systematically denigrated and relegated to secondary positions in nearly every society. They are abused and victimized constantly despite their contributions. I'm also passionate about music, true friends, and family, including my precious German Shepherd/ Pit Bull fur baby who has turned out to be quite the protector.

6.   Not limited to writing, what do you believe to be some of your greatest accomplishments so far?
Playing over 11 musical instruments and being named counselor of the year are among my most prized accomplishments. Although I spent most of my career as a mental health therapist and substance abuse counselor, while in the secondary and college systems, I helped over 300 students get scholarships, including academic and music. Above all of these things, I am proudest of raising a beautiful, compassionate daughter with wisdom beyond her years. She continues to be a blessing to me.

7.   Name a few of your favorites
·     My most favorite things besides books, music, and art are horses and dogs. Their loyalty, majesty, and willingness to forgive humble me. We can learn so much from them.
·     Green and brown are my favorite colors
·     I’m addicted to Game of Thrones, and binge watch it on Amazon Prime’s HBO subscription.
·     Also love The Blacklist, Haves and Have Nots, Queen Sugar, Supernatural (love those brothers. LOL), The Strain, Into the Badlands, and Outsiders to name a few.
·     Some of my favorite movies are Ryan’s Daughter, Working Girl, and The Edge (crush on Anthony Hopkins’ artistry). As for recent movies, I really enjoyed The Accountant.
·     Songs are classics like Rachmaninoff’s Variations On a Theme Of Paganini, and Rachmaninoff’s Vocalise, and on the more contemporary side, John Legend’s All Of Me. I can also get lost in the polar opposites, Kiss’s classic Who Wants To Live Forever and Rihanna’s Where Have You Been. 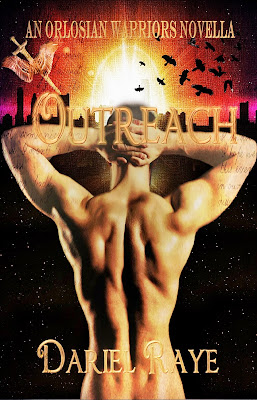 More Orlosian Warriors
Broken dreams, an ancient enigma tainted by the past, a mystical bond beyond time and space.

Thrilled about receiving funding for her new outreach program, Jaci meets Andreus and embarks on a journey wrought with mystery and answers to questions that have plagued her for years.

Three years after the accident, Jaci Allen believes she is as lost now as she was the day she awakened to the sudden, tragic deaths of her husband and two year old daughter. Throwing herself into her work has allowed her to avoid the reminders of her broken dreams, leaving her dangerously empty inside, always seeking…something.

Accused and convicted of the murder of his adoptive mother’s husband at the age of sixteen, Andreus admits his guilt, but acknowledges to himself that his memories of the night the abusive man was killed remain incomplete at best.

Meeting Jaci ignites the awakening of Andreus' frightening special gifts – gifts he has not only tried to hide from the rest of the world, but from himself. Can two shattered souls find a way to heal one another?

Andreus slid his tongue across his pointed incisors…
While the world changed outside, he had undergone a secret metamorphosis inside these walls, and searching for answers about who and what he was had turned up absolutely nothing.

Whatever the explanation, the sense of something lying in wait was always with him, ever present, and it had been a part of him as far back as he could remember. Everyone around him felt it, their fear of him instinctual. The reaction he received from most people reminded him of deer sensing the presence of a lion, but Helen, his adoptive mother, had been different. She had accepted him, even when she saw his skin instantly knit together seconds after being wounded.

Andreus closed the door on his memory of her again, putting it away safely until later when he needed her image to help him get some much needed sleep. Playbacks from his nightmares haunted his days as well, hounding him with swords clashing, molten rocks exploding, deep chasms filled with fire splitting the Earth, multi-timbre voices of war, and huge wings rushing toward him, claiming him. Even now, Helen’s image held the power to offer him a measure of peace. She was the only one who had ever cared for him.

He walked over to one of the exercise bars on the prison yard, set his playlist to a classical mix of Chopin, Rachmaninoff, and Debussy, and inserted his earbuds. When he looked up, the group of inmates who’d been hanging around the bars just seconds ago had sauntered off, giving him a wide berth. He had no interest in getting to know them or sharing their company for that matter, but being left alone within these four walls with nothing but his own disturbing thoughts made the maintenance of sanity a challenge.

Like most of his possessions, he had purchased the electronic device with “gift” money he’d earned for keeping another inmate safe. Easy money. All Andreus had done was to allow the bullied prisoner to sit with him in the mess hall and hang with him in the yard for a few days. He maintained a calm demeanor, never advertising his services, but business always came his way, particularly since the casinos had opened.

Andreus heard footsteps approaching from behind as he contracted his muscles and continued his daily exercise routine. He already knew exactly who approached before turning around, so he didn’t bother to stop what he was doing.

“Shannon, you too. The warden and the social worker want to see you.”

As if he hadn’t heard the guard, Andreus took his time finishing his last set of pull-ups, then leapt down from the bar. He snatched his t-shirt from the concrete bench and pulled it over his head. The moment he turned to face the guard and four other inmates, he saw and smelled their fear.