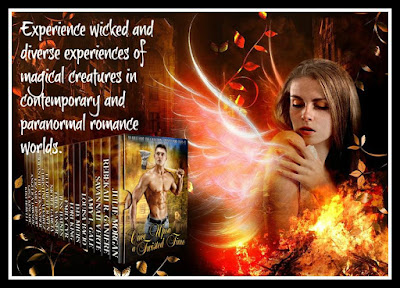 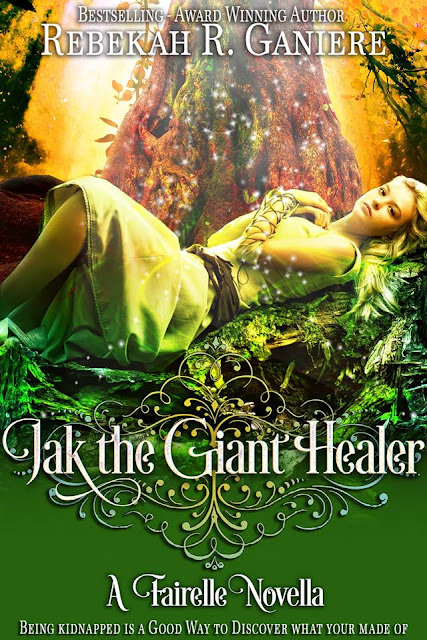 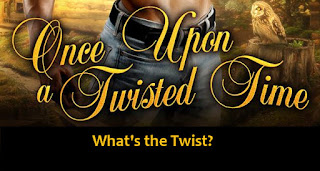 Instead of Jack climbing a beanstalk and killing the giant, Jakleen is taken up the beanstalk by the giants in need of a healer for their king.

Jak stopped in front of the Ugly Ogre tavern and pushed open the creaky, weathered door. The pudgy owner, who resembled the name of his bar a little too much, rubbed down the bar with a moth-ridden cloth. He stopped when he spotted her but she paid him no mind. She glanced around the tavern and heard a bark of laughter flow from the back room. Jak squared her shoulders and headed for it.
"Miss," the owner called. "Miss you can't go in there."
Another feeble attempt by a man to keep her in what he considered her place. But she knew the men of this town all too well. Not a one had the guts to stand up to her.
Jak pushed through the curtain separating the rooms and the three men at the table looked up from their cards. The two town rowdies eyes widened at the site of her, but Rupert's smiled from beneath his thick dark mustache.
"Hello darling," he said.
"Don't you dare call me that." She stormed to him.
"Why shouldn’t I? We are engaged now after all." He chuckled.
The two rowdies laid their cards on the table and slowly exited the room, keeping a wide birth as they rounded her. For once she was glad that everyone in the village was scared of her.
"How could you?" she asked.
Rupert plopped his heavy booted foot in the table.
"How could I what darling?"
The word grated on her ears like sandpaper. She clenched her fists tight trying to keep control of her anger.
"I already told you I wouldn't marry you last week and the month before and the month before that. How could you take that bet from my father for my hand in marriage?"
"Take it from him? Darling I'm the one who suggested it."
Anger pulsed through her so hard she could barely see his smug expression any longer.
"Jakleen. Why are you fighting this? Your father has given you to me to be my wife. I will buy you the biggest house in town. Furnish it with beautiful things and lavish you with anything you want. In return you will adorn and love me and give me children aplenty. Why is this a bad thing?"
"I will never love you and if it's adoration you want, let me show you the adoration I have in store for you."
With a flick her wrist the floorboards creaked and groaned underneath his chair. Tree roots burst through the floor knocking him over. She pushed the roots at him as he screamed and she squeezed them tight around his body. Not enough to hurt him but enough for him to know he would never control her. She would never be his.
Wide-eyed Rupert yelled for help. He struggled against the thick roots but they didn't budge. Jak sauntered over and stood next to him. The feel of the roots as much a part of her as if she held him in the palm of her hand.
"I will never marry you Rupert. I will never love you. I will never adore you. If you try to force me into this marriage I can assure you, you are going to spend a lot of time pinned to the floor. And not in a way you will enjoy."
She pulled her shawl tight around her shoulders and stormed out of the room to the sounds of Rupert's continued screams. She pushed the curtain aside and stepped into the tavern. The two rowdies as well as the tavern owner stared at her. Jak looked at each of them in turn and headed to the exit.

You can enjoy more Fairy Tales from Rebekah's Fairelle series, including: Red the Were Hunter, Snow the Vampire Slayer, Zelle and the Tower, Cinder the Fae, Jamen's Yuletide Bride, and Yanti's Choice 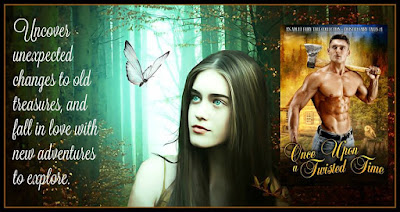