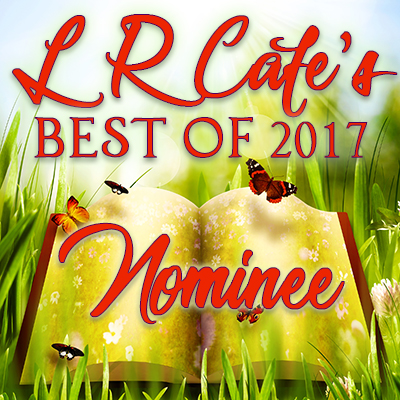 Congrats to our MidWeekTease authors nominated for LR Cafe's Best of 2017! I won't name them (for fear of missing someone!) but you will definitely recognize more than one on this ballot.


Today I'm sharing another snippet from Dynamic Destiny. I hope you like it! 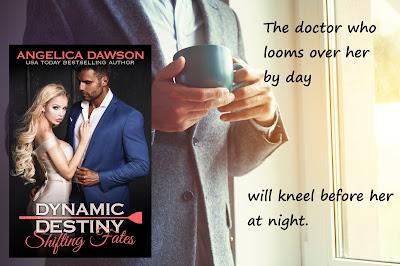 As soon as her release passed, she checked her mask. It sat slightly skewed but hadn’t exposed her. Dr. Edgerton was still eye-level with her crotch, so he wouldn’t have seen it if the mask had slipped. Taking a ragged breath, she built Mistress D back up again.
“Very nice, boy. You enjoy doing that?” She ran her fingers through his hair, just as she’d longed to do since she started working in his office. To her delight, he closed his eyes and sighed.
“Yes, Mistress.”
“Good. Next time, I will reward you properly. For now, however, you should take yourself home and make a nice snack…in your kitchen.”
“Yes, Mistress. Thank you.”
“Thank you, boy. I look forward to playing again. Next Friday?”
“I will be here.” Without her prompting, he backed up and lifted her foot, kissing the top of it. “Good night, Mistress.”
She watched him go, completely astounded by the turn of events. She was no less screwed, but now it would be literally as well as figuratively.
***
Jeremy slowly rose to his feet, grabbing his shirt and belt from the floor beside him. His fingers tightened on the latter, remembering how she’d hit him with it. The layers of shorts and pants had taken most of the sting out, but his butt still pulsed with heat.
He took one more look at the woman who had captured him. Perhaps he would be as happy under the thumb of another, but he found Mistress D intoxicating—his ideal mix of strength and flexibility. Her modestly curved figure, as well as lips drew him. Especially when she smiled at him.
Licking his own lips, he caught a whisper of her musk still on his chin. That memory might have him creaming his pants if he wasn’t careful. And he wanted to be careful, to spew himself in his kitchen. It would be twice as delightful knowing he did as she wished.
Chuck stepped into his path. “What was that? I would have never guessed. Were you just trying it out?” His friend seemed perplexed, probably because he wouldn’t consider doing what Jeremy had.
“Yeah, and I liked it. Watching you spank women doesn’t do it for me.”
Chuck interrupted, “Because you were supposed to be doing the punishing.”
“No, I’m not interested in that. Pleasing her?” He looked over his shoulder to where Mistress D was gathering her things. “That gets me off.” He adjusted himself again, trying to find enough relief to make it home.