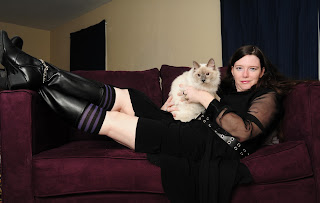 Welcome back D.F. Krieger! This lovely lady has a thing for animals, in case the cat in her profile picture didn't give it away. What was your first pet? How long did you have him/her?

My first pet was a black cat named Ebony ( really wanted to name him Mordor, but for some reason my mom didn't think a 6 year old child should support the dark side.) I had him for about 5 years before I lost him to a medical condition. I still blame those blasted hobbitses to this day!

Nasty hobbitses! How many animals have you adopted? Do you plan to adopt more?

I've adopted countless animals, and adopted out even more through rescue. Many of the animals I choose to adopt and keep either have limited time due to health issues or severe disabilities. It's great because they don't make fun of me for mine. :) I currently have 5 cats, 2 dogs, 2 ferrets, and a ridiculously huge gerbil.

Haha, a hobbit himself, perhaps? Eating his second breakfast? Is it hard choosing which one to adopt?


Sometimes, yes. Like anyone with a heart (shhh, don't tell anyone I have a heart!), it's hard to walk away or adopt out animals I just have to remember the two rules of rescue: You can't save them all, and you can't keep all you save. There are other times though that I look at an animal and I just know, this one is for me.

Your name is tattooed in their ear. What? No. I didn't just say that. Are you a cat or dog person? (or bunny or bird or snake...) 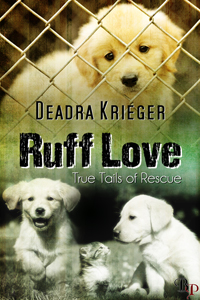 Cat. I'm totally a cat by nature and tend to gravitate toward cats the most.

Me too. I give big love to puppies and nice dogs, but nothing like a cat in your lap. Which pet that you've kept had the oddest personality trait? (I ask this because a coworker tells me her rabbit is a 'little jerk' LOL)

Kaelas was the most unique creature I've ever been with, both personality and species wise. She was a bobcat I had to bottle feed and she was one of the most expressive animals in the world.

Oh wow. I've seen a lynx cross a gravel road in front of our truck, but that's the closest I've gotten to one. Have you ever been surprised to find a pet you thought was spayed or neutered actually wasn't?

No, but there was one time I was surprised by a cat who decided to go into labor on my lap. It was on an April 1st and no one believed me. Guess the joke was on me.

Oh no! Fool's Day kittens. I bet they were full of tricks! You write a lot about animals, and not just housepets. Where/how do you research larger, wild animals?

As a child, animals always fascinated me. They were my one hobby and best friends. I read anything and everything I could about animals, and I still do what I can to research the bigger ones.

Dumb question: Do you have an annual pass to the nearest zoo?

Oh yes. Luckily enough, my father-in-law supports my habit by buying us a pass every year as a gift. I think he worries I'd break us financially otherwise with my desire to visit the zoo so often.

That was my Christmas gift from my boss one year. My four year-old was in heaven. Now, still related to animals, but a bit more literary, tell me about His Prey and the animals in that story.

His Prey has three distinct species in it: Wolf shifters (gray wolves to be exact), Mule deer shifters, and a mountain lion shifter. I researched extensively to see what kind of animals were indigenous to a region like, say, Colorado to write this story accurately. 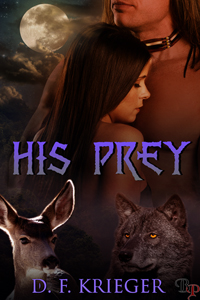 Given as sacrifice to the Wahya to ensure the safety of her tribe, Nyna must prove that despite being prey, she is worthy of being the mate of a hunter. When a great threat shadows the Wahya and Awahi, Nyna has to choose between her courage to fight for what she loves, or her place in her husband's eyes.

It shouldn't come as a surprise that Deadra also has a book about animal rescue, Ruff Love.

In animal rescue, no story ever has a happy beginning, but can they have a happy end?

Working animal rescue is never pretty, and not all animals get that perfect ending. Follow the stories of some amazing animals who not only had a rough life, but beat the odds and found complete contentment. Kittens, dogs, and even a bobcat fill these pages with their true "tails" of being rescued and getting that second chance.

If you have any questions for Deadra, please comment!
Posted by Angelica Dawson at 07:45