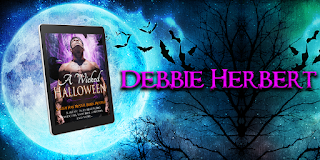 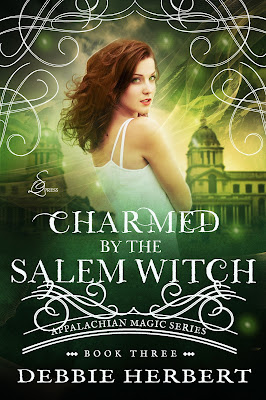 5 things I like: (Reading and Writing are a given!)

1. Watching college football - Roll Tide, Alabama!
2. pizza and cheesecake - the ultimate meal
3. jet skiing at the lake
4. lazing around in the pool
5. All-girl beach trips with my friends or my sister 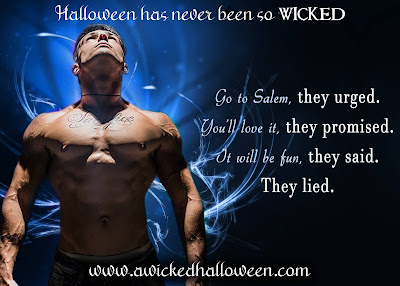 "At the Women’s College of Salem, Sarah hopes to meet like-minded students of The Craft. But after joining a coven, the other girls seem to have it in for her and she can’t figure out why . . .

. . . until Tanner, the new, cute IT guy, helps uncover her family’s dark secret. Sarah will have to learn to trust Tanner if she’s to survive a killer freshman year. And Tanner must accept his paranormal powers to save Sarah when the blood moon rises at Samhain, the witch’s Halloween."

Debbie Herbert writes paranormal romance novels reflecting her belief that love, like magic, casts its own spell of enchantment. She's always been fascinated by magic, romance and Gothic stories. She is traditionally published through Harlequin as well as Indie published.

Married and living in Alabama, she roots for the Crimson Tide football team. Debbie enjoys recumbent bicycling and jet skiing with her husband. She has two grown sons and the oldest has autism. Characters with autism frequently land in her works, even when she doesn't plan on it!

A past Maggie finalist in both Young Adult & Paranormal Romance, and a past finalist for the YARWA award for New Adult (Young Adult Chapter of the Romance Writer's of America) she's a member of the Georgia Romance Writers of America. Debbie has a degree in English (Berry College, GA) and a master's in Library Studies (University of Alabama).
Links: 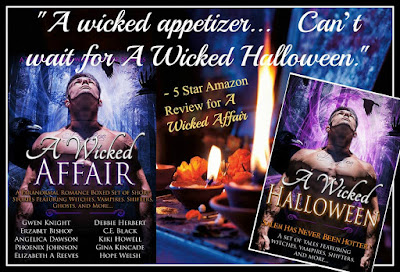 Don't forget to add to your bookshelf on Goodreads.