Also available, for FREE, A Wicked Affair
Catch this set of closely related short stories that will whet your appetite for Halloween! 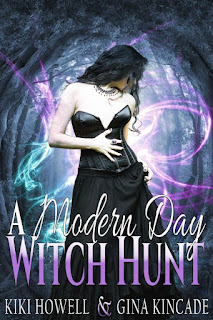 Ahti turned so rapidly, his cloak of white rippled like the white caps on the angry water. “I do not know. Go. Now!”
Kiki Howell (@KikiHowell7): http://www.kikihowell.com and
http://www.facebook.com/kikihowell
Gina Kincade (@GinaKincade): http://themistressjournals.blogspot.com/ and https://www.facebook.com/authorginakincade/