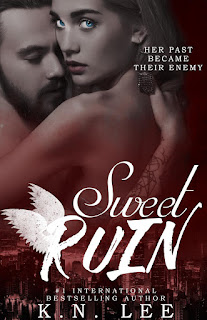 Book One in the Shadow Lord Series follows Alice, a fallen angel with a tarnished past and an uncertain future.

Doctor Alice Petri was once a general in the Holy Army, but after following the angel she once loved to the human world hundreds of years ago she finds herself desperate to fit in and start a new life. Falling for a human was never part of the plan, but there is something about the head of neurosurgery that has her reconsidering her position in this world. She never expected that Collin had a dark past of his own. With her sister—a newly fallen angel—in tow, Alice and Collin must face a foe that threatens all of human existence. 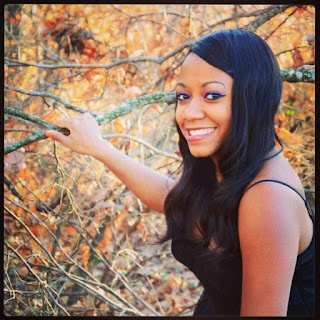 K.N. Lee is a New York Times and USA Today bestselling author who resides in Charlotte, North Carolina. When she is not writing twisted tales, fantasy novels, and dark poetry, she does a great deal of traveling and promotes other authors. Wannabe rockstar, foreign language enthusiast, and anime geek, K.N. Lee also enjoys helping others reach their writing and publishing goals. She is a winner of the Elevate Lifestyle Top 30 Under 30 "Future Leaders of Charlotte" award for her success as a writer, business owner, and for community service.

She is signed with Captive Quill Press and Patchwork Press.

Hi! I am super excited for this opportunity. Thank you for having me! I’m here to talk about my new release, Sweet Ruin, a spin off of my #1 bestselling urban fantasy series, The Chronicles of Koa, and help my readers get to know me better.

Tell us about your title featured in this set:
Sweet Ruin started off as a paranormal romance that turned into a dark and steamy urban fantasy with action, suspense, and romance. My main character, Alice is a fallen angel with hidden abilities and the desire to fit in the human world and settle down with the human doctor she’s fallen for. She never suspected that he had a paranormal past of his own.

Tell us something about yourself:
I was born in Chicago, raised in Atlanta, and spent many years in Charlotte, NC. I’ve also spent some time in South Korea and travelled the world. I just made the New York Times and USA Today Bestseller’s lists in August, and still can’t believe it! I’m married to the super hot nerd of my dreams and we have a sweet little toddler with the coolest hair ever.

Tell us about your writing process:
My writing process consists of dreams transcribed to paper. Yes, I hand write my first drafts! I use a simple outline and let the characters lead the way. Once that first draft is complete, I let my beta readers read. Then, I revise, edit, and send the story to the masses. My writing has greatly increased over the past year. What once took my at least a year, now takes about a month or two.

What is your favourite genre to read?
I have several. I love high-fantasy, historical fiction, and classic British and French literature.

When you are not writing, what do you like to do?
When I am not writing, I am either gaming, dining out, traveling, or just playing with my son.

If someone who hasn’t read any your books asked you to describe your story in this set (the elevator pitch!) what would you say?
Fallen angels. Shifters. Smoking hot demons that you can’t help but secretly root for. Alice has to make a choice that can either give her redemption or fall deeper into the abyss.

Thank you for having me! I hope you enjoy my new release and stay in touch!

“Tell me about your weekend,” Alice said to her last patient of the day. “How about we start with that?”

Lisa, a fourteen-year-old bulimia patient, twirled her short brown hair around her finger, her eyes cast to her sneakers. “My mom came to visit,” she said with a sigh.

“The same. Guilty. I know it costs a lot to keep me here, and she thinks that I can just turn it off.” Lisa’s eyes rose to Alice’s. “But I can’t. Every time I look at myself, that monster is there. The fat one with the huge thighs and droopy chin.” She wiped her eyes with the sleeves of her red jacket. “I hate the girl in the mirror.”

No, sweetie, Alice thought. Her heart broke from all of the pain she felt emitting from that young girl. You are beautiful. She wanted to say those things to her, to heal her from within. She was so lost, and Alice could help her. She had the power, just not the courage to go down that road again.

Too many times had she put herself in danger by using her power.

Alice would have to use her knowledge as a psychiatrist to help Lisa this time. So, she took her notes, prescribed more anti-anxiety meds, and told her they would talk again in a week. It was draining to beat around the bush when Alice could just use her power to heal Lisa and show her the truth.

After Lisa left from her session, Alice drank the rest of her tea and checked her emails. She was disappointed that there was no word from Crescenita. The girl had been staying with her for a week after her initial orientation to the human world, and now she’d been missing for two days.

She sighed and sat back in her chair, rolling it toward the window that looked over the city.

Alice headed out of the door of her private office in the psychiatric ward of the hospital. Something caught her attention.

She lifted a bright blond brow and paused, staring at it. If it had been a normal envelope like the countless ones she got in the mail, it wouldn’t have perplexed her so. This one had a red emblem on it, an emblem she recognized too well.

Her heart thumped in her chest, her face paled, as she reached for it.

Her hands shook as she lifted the flap to open it. She pulled out the card and didn’t bother to read the message. Her eyes went directly to the signature.

She clutched the letter, too afraid to read it. Her eyes darted from one end of her office to the other, afraid that he was in there, hiding and waiting.

Instead of waiting around to find if that was true, she hurried to leave her office, not even bothering to lock it up. If some crazy person wanted to get in there badly enough, they would find a way.

Alice had more dangerous scenarios on her mind.

Her heels clicked along the linoleum floor as she hurried to the elevator.

Once inside, she watched the doors close. Her scream was caught in her throat as the lights flickered out. In the darkness, someone pressed her to the back of the elevator.

That was the first hint that this was a premonition, and not yet a reality.

It isn’t real, she said to herself. It is not real.

Too bad that it felt real, and as she felt her assailant’s cold breath on her neck, she knew who was doing this to her.

Instead of replying, his chuckle in the dark turned her blood cold.

“Alone? No, love. Never.” His bony knuckle ran along her jawbone, and all she could see was the white light in his eyes as they searched hers. “Don’t tell me that you haven’t missed me? Not one little bit?”

“No,” she shouted. “I left for a reason. Why can’t you just let me go?” Her words came out more like a plea, and she hoped that Luke didn’t take it as a weakness. He was the master of exploiting one’s weakness, and she just wanted to be left alone.

His kind of love was too intense, and she had worked hard to escape him.

He clutched her neck, his fingers tightening around her throat. “Because you belong to me. Don’t you remember? I own you while you are in this world. And while I own you, I will love and protect you no matter how much you fight it.”

With those words, he vanished, and within seconds, the elevator was lit and Alice was by herself with only the blinking of the floor she was to get off on and her own racing heartbeat.

She fled from that elevator, wishing she had someone to turn to, someone to protect her. In a town full of humans, there was no one like that for her.

As she hurried to her car she thought of the only person she knew she could trust. But, would her old general take pity on her? Once Alice led armies. She commanded warrior men and women into frightening battles that the world didn’t even know were waged right before their eyes.

She got into her car and chewed her lip, her heart thumping so loudly that she could hear it and the rush of blood to her ears.

Her old general had to know what she was dealing with. She wasn’t alone in this—not if she didn’t want to be.

Fallen angels had to stick together.

Posted by Angelica Dawson at 06:45