SPOTLIGHT on
Erzabet Bishop ~~~ Kitten Around 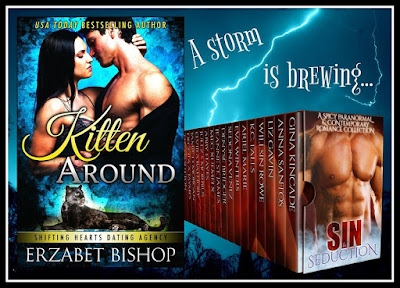 When Tyler claims his mate after the auction, you'll melt.
Although it stands alone, this is the third in Erzabet Bishop's
Shifting Hearts Dating Agency series.