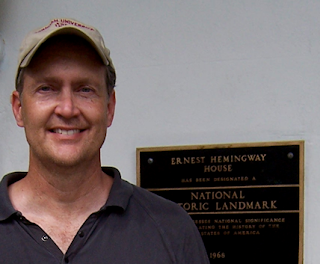 Today I have the pleasure of introducing you to (or re-introducing you to) Carl Plumer. Here is somewhere to turn for all things zombie. Your blog has a definite theme. How did you come by it?

My theme was designed for me by a friend, Heather 'Violet' Jones, who owns and operates the web design company, Viva la Violette. She did a fantastic job, I'm very pleased. It's allowed me to have full-width pages for my stories and novel excerpts, while still keeping the blog right on the first page. I added a whole bunch of plugins to get it to work just right. I think the site has a friendly (yet terrifying) feel. Heather created that CP badge, too, which is on my header graphic and here and there on the site.

A very fine design. Looks like your own stamp of approval. Where do you turn for new topics?

I like to write about writing and try to keep things interesting. I want to eventually evolve the site to have more of a focus on writers, especially young writers. I want to encourage and guide them, but I don't feel I can do that yet, as I'm not a "successful" published author. Once I am, then I think I can be all "you can do it! Believe in yourself!"

I'll also write in response to things I've read elsewhere on the web. Recently, I've been getting somewhat obsessed with zombies, so that's getting kind of an out-of-balance representation. But the topic is so much fun! I'm an indie writer, for sure, but I tried the standard/commercial route initially. So many agents rejected my book saying that the market had dried up for the zombie "craze." Where were they doing their research I'd like to know! So I get a kick out of finding so much about zombies on the web every day: new novels, television shows, comic books, movies, games, weapons and zombie apocalypse survival gear (really, they're out there), calenders, parades, the "humans vs zombies" tag-like game being played on college campuses -- there's even a zombie pub crawl! Just this week I found out that the team that did "Rugrats" is coming out with a new cartoon -- about a zombie skateboard dude! So, is the zombie craze over? Not that I can tell!

Indeed! I admit, I was blinded by the zombies on your website. I hope you don't get the zombie out of your system too soon. It's a blast! Where do you find the toys and games you post?


The stuff is everywhere! Frankly, I was surprised at how much is out there! Of course, there are the expected Walking Dead figures and games, but there are also "cute" dolls, mugs (I found one for my wife on etsy, and she loves it), shirts, even zombie shoes. And believe it or not, food! Typically with a "brainzzz" theme. I'm going to order a bunch off of ThinkGeek, BuyZombie, and a number of other sites and have a taste test here with my kids. Then I'll post a review. It will be a public service post, letting the world know which zombie snack food is worth your money, and which you should just bury in your backyard.

My cousin has a zombie doll that you can dismember. It's plush and ridiculously cute, so yeah, I get it. Oh, look, there it is on your blog. heh. Perhaps a scarier question is: how much time do you spend looking for them?

Not as much as you'd think. Just do a search on "zombie toy" and you'll be amazed. Just a lot out there. And it's going unsung, in my opinion. I'm hoping to bring all these zombie "collectibles" out in to the light to be appreciated. I just can't get enough of the stuff. Some of it is weak, ripoff crap. But most of it is very creative, very well done.

Oh good. I had visions of my husband who will click random links for hours at a time. He finds the strangest things! You've done a series on zombie history. Is that something that could directly tie into your next book or were you researching for general interest?

I've written a book that has the zombie apocalypse as the setting and back story, but it's not the main story line. It's really a romance, of sorts. In fact, the subtitle is "A Zombie Apocalypse Love Story." But it has good scary stuff, plenty of zombies and gore, and a pretty good story arc (or so I hope). To answer your question, I feel compelled to keep reading everything I can get my hands on about zombies, just to be sure I got that part right. I'm a big zombie fan, anyway, so the research is fun.

Ah, just for the background, you know... serious work here. tries to keep a straight face At least you love the work! Where do you find the pictures for your blog? I especially like the blood splatter social media links!

The pictures come from flickr (with attribution, and only if the artist says it's OK), from free photo sites like FreeFoto.com (although I don't usually find much I can use in the free sites, but occasionally I do), and public domain -- mostly wikipedia and wikimedia. The blood splatter links are awesome, right? That's just more creative genius from my web designer, Heather.

She is awesome. I hope you paid her well. Are your followers mostly horror and zombie fans or do you have a more diverse group including writers and readers of other genres?

It's a pretty diverse group, which includes a good many indie authors and people in that emerging field who support indie authors, such as editors, publicity folks, advisers and mentors, and so on. Most of my followers, though, are horror/thriller fans, and a good many love zombies as much as me. I really can't wait for the zombie apocalypse. It's inevitable. I just want to be here when it happens!

Thanks for sitting down and chatting with me, Angelica. I had a blast!