Check out all the great tasters on the blog. If you want whole story, what I have is available on WattPad. 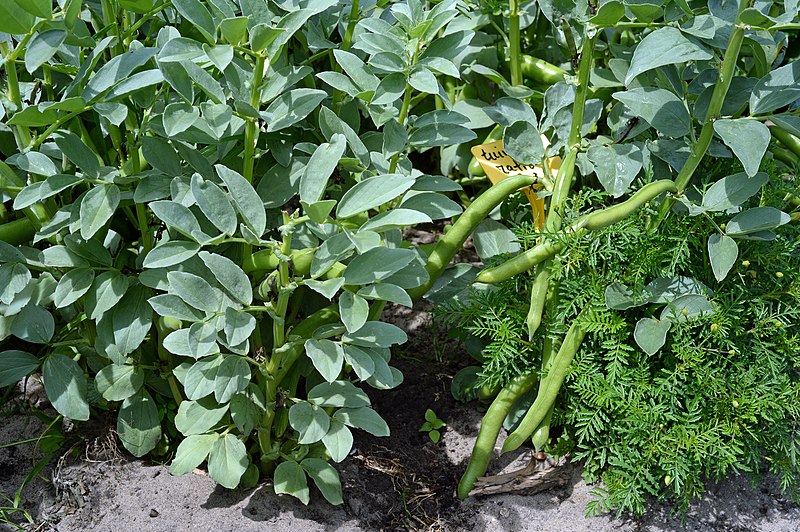 Jack, it happened, raised pulse crops. He had a diary barn, which struck Russel as odd because there was no livestock. Row after row of beans, peas and lentils grew in a fenced field that must have been a pasture. Russel was tempted to wander the field and find what he needed on his own, but it wouldn't be wise to disgruntle the person most likely know know when he had found the right thing.
Knocking at the door, Russel was greeted first with a honk, then a shushing, and finally a man dressed too well to be a mere farmer. The goose, which Russel assumed must be the source of honking, wasn't in the entry.
“Can I help you?” Jack asked, not opening the door more than a crack.
“I hope so. I'm Prince Russel and I'm looking for a bean that can break a sleeping curse.”
Jack stepped out of his house, closing the door behind him. More muted honking came from inside. “Let's see,” he said, striding toward the field. “I think I have one. Do you know what it looks like?” he asked. “I only know it through rumour, and couldn't guarantee I chose what you need.”
Russel followed Jack into his field and was impressed at the variety of beans. “What do you do with them all?” he asked.
Jack looked around the field and then back at Russel. “I sell them, of course.”
“But why so many types?”
Jack hunched his shoulders and started walking again. “I'm known as an expert, so people come with specific requests, like yours.”
Russel nodded, but still didn't quite believe. “Are you looking for a bean, too?” he asked.
Jack stopped dead. He didn't face Russel, but straightened, his head now slightly higher than Russel's. “I am looking for beans that I don't have.” Then he relaxed slightly. “For instance, if I don't have your bean cure, I would be very grateful to acquire a few when you do find it.”
Russel nodded. That did make sense. “It was brown green and had a dusty texture to it.”
“Not particularly descriptive,” Jack replied. “Most of these are brown or green, and anything not fresh is somewhat mealy. Here, try this one,” He plucked a pod from a branch that was woody, more of a tree than a bean stalk.
Russel broke the pod and popped one of the beans in his mouth. “Close. Very close. The one I had was dried, so this might be the same one.
“Let's check another,” Jack suggested, walking to the end of the same row. He pulled another pod from a shrubby plant. “Try this.”
Russel tasted the bean again. “They're so similar,” he complained. “How do you tell them apart?”
“Practice,” Jack replied. “Do you need more? I can grab you a couple pods from each and you can try both. At least, I assume your sleeping victim won't be going anywhere if you pick the wrong one.” He grinned and so did Russel, imagining it.
“No, that's true. What do I owe you?”
Jack gave a hefty price, but not completely unreasonable. It was more than worth it for Russel who handed over the gold without haggling. That made Jack frown. He probably thought he should have asked for more.
“Good luck finding your bean,” Russel told him, heading back to the castle.
“Thank you.”
Posted by Angelica Dawson at 00:00