I've loved mythology since I was really small, so much so that I'd buy books on Ancient Egypt (that was my absolute favourite mythology) with my pocket money. But picking just one creature is really tough! There are so many, and as a paranormal romance author, that gets all the harder! I've written about shifters, vampires, necromancers, dryads and sirens, not to mention the mermaid I'm writing with J & L Wells for this set! Which makes it really hard to pick.

So I'm going with Ammit, mostly in homage to my love of Ancient Egypt as a child. Ammit is an Ancient Egyptian demon who was part lion, part hippo and part crocodile, and she was also known as the devourer of the dead. Which sounds kind of ominous, but actually is really interesting. The Ancient Egyptians believed that when a person's soul traveled to the afterlife, their heart was weighed by Anubis (the God of Cemeteries & Embalming) against the feather of Ma'at (the Goddess of Truth). If the heart was heavier than the feather, then the soul had led a bad life, and Ammit devoured the heart, stopping that soul from reaching the afterlife.

Sorry, history lesson is now over! I find it all so fascinating that I can't help myself! Which is why I chose Ammit in the first place. The whole mythology is fascinating to me, and I'm planning to write a series based on the Ancient Egyptian Gods & Goddesses at some point...I don't think they get enough page time!

I hope you enjoy our Creatures box set! There's a fantastic collection of stories in it! 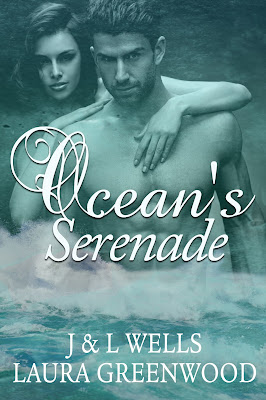 Coral spends her time trying to master her control of the sea, under the watchful eye of Merrick.

But a twist of fate leads the two of them together, where they discover that there's a past that wanted to stay forgotten.

Is the ocean's voice stronger than a lost memory? Will Coral follow her heart?