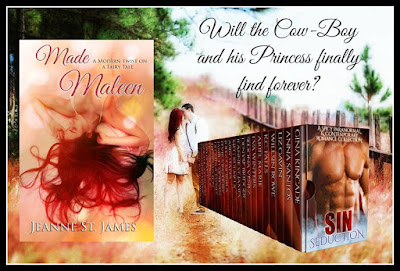 Two former high school sweethearts, Cow-boy and Princess, turn the heat back on. 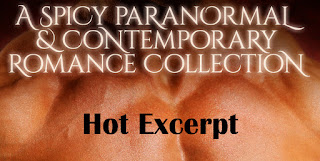 With the two drinks in hand, he went back to stand in front of her. She plucked her glass out of his fingers and swallowed a healthy mouthful.
Needing to touch her, hold her, he settled next to her on the old couch with the ugly 1970s pattern. His apartment and furniture were an embarrassment. But he’d decided to bring her here anyway to be completely honest with her about his situation. Which was that he was barely squeaking by. From what he knew, she had become a successful stock broker in New York City. He couldn’t compete with rich, successful men who wore expensive business suits, drank Johnny Walker Blue, drove fancy sports cars, and owned vacation houses at the shore.
He only had himself to offer.
Laying a hand on her knee, he squeezed. He wanted to do nothing more right now than pick her up, throw her on his bed, and make her climax over and over until the break of dawn. To give himself to her completely.
After emptying the contents of his glass, he reached for hers, setting it on the floor. He slid his hand along her jawline and into her hair, encouraging her closer. She didn’t fight him and her mouth parted slightly, the scent of cola and whiskey on her breath.
Licking along her bottom lip, he tasted the sweetness, before sucking it in between his teeth, nibbling gently, and with a final soft nip, he sealed their mouths together, deepening the kiss.
Last night he simply wanted to hold her, but she had wanted more. Tonight, he was the one asking for more. He wanted everything.
“I need to be inside you, Princess,” he murmured against her succulent lips. “I need to be a part of you.”
She moaned, the sound making his cock swell. “Yes,” she whispered. “Yes. I want you too.”
His erection impatiently pressed against his jeans, ready to dive deep into her wet heat once again. But this was more than sex. More than a fuck. He wanted to make love to her, feel the connection they had last night. Hell, fourteen years ago.
“Cow-Boy…”
“Yeah?”
“Take me to bed,” came her husky answer.
She didn’t have to ask twice. He stood, pulled her into his arms, and then threw her over his shoulder. She squealed and laughed as he hauled her across the room and tossed her onto the bed. She landed dead center, bouncing a couple times before stretching sexily before him.
“This is a lot softer than a pile of hay or the floor.”
“Only the best for you, Princess,” he teased.
She released a throaty laugh, one that turned him on from his head to his toes. He ripped off his clothes and within seconds, stood at the end of the bed, naked as the day he was born.
“Where’s your hat, Cow-Boy?”
He lifted a wait-a-minute finger and he grabbed an old, worn cowboy hat out of the only closet in the place. The same one he wore back in the day. He smacked it against his bare thigh and then placed it on his head, tipping it down as he stalked back over to the bed.
“That’s my Cow-Boy,” she whispered. She sat up and pulled the tight V-neck sweater she wore over her head. She whipped it at him and it landed softly at his feet.
With a sensual smile, he leaned over the foot of the bed to tug her old cowboy boots off and then watched as she lifted her hips and shoved her jeans down her thighs. He grabbed the bottoms of her pant legs, helping to get rid of the offending denim. And then she laid there in matching blood-red lacy panties and bra. The color went perfectly with the dark brown of her hair and her lightly tanned skin. He could stare at her forever. But his cock disagreed.
He fisted himself, his gaze sweeping down her body. From her long hair spread out like a cloud around her head to the delicate length of her neck, the curve of her shoulder, the swell of her breasts peeking out from her bra, the soft roundness of her belly, to her narrow waist widening into those luscious hips. Her legs were long and lean, like a runner’s.
“You just gonna look and not touch, Cow-Boy?”
“No, ma’am,” he groaned, his accent strong. He climbed onto the end of the bed and onto his knees to move up her body until he straddled her thighs.
“Save a horse. Ride a cowboy,” she said with a big smile.
Bray thickened the twang in his accent. He put a finger to the brim of his hat and tipped his head. “Happy to oblige, Princess.”