My first transgender story was published in the Prowlers and Growlers boxed set, but soon you'll be able to get a copy of it on its own. Changes is a cautionary tale about getting what you wish for, as shown in this #MidWeekTease

Jacqueline sat down in her office and opened her email. She had two messages with the same subject. Your cousin.
She opened the first and was floored by the photo. A woman in red vinyl, the same vinyl that rested in her bottom drawer, posed in front of a sub with clothes pins on his scrotum. The message was from Sammy, a friend from Riz Kay. Jacqueline had met David in the back room, but they rarely played there these days. This Domme looked amazing. What was the connection? The second message had the same woman leaning over her sub while his tears poured down. Her expression was one of utter bliss.
“Masochist,” she murmured, touching her monitor.
The second email had text as well as the photo. “Your cousin Heidi knows her way around a dungeon.”
Her cousin? She didn’t have many cousins and none looked like this woman. Jacqueline touched the monitor again with envy. She wished she had those full breasts, the wide hips, the dark curls. Choking down her emotions, she closed the message, determined not to think about it the rest of the day.
She managed until lunch. While she ate, she replied to Sammy, still stunned by the picture.
I don’t have a cousin named Heidi. She looks amazing but more masochistic than I like. Was that boy okay? I hope I can meet her some time.
Setting her phone and its mail browser aside, she pushed the thoughts aside as well. Once she was home and had changed into a satin nightie, she checked her mail again. Sammy’s reply waited for her.
She used your name to get in. Don’t think she’ll have any trouble when she comes back. She stole the show. BTW when are you and David coming next? I want to see that round bottom of yours pink and purple. 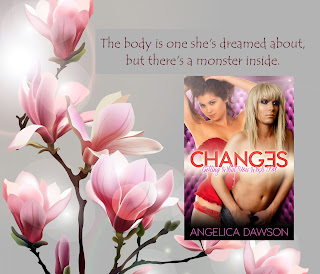 Jacqueline smiled. When they went to the club, she was always dressed and hated to be naked with anyone she didn’t know well. After all, when you took away the lingerie, she looked like a man trying to be a woman. Instead, she wore assless panties and David would toss her skirt up to expose her for his spanking pleasure. That way her cock stayed out of sight, but she could feel included rather than a spectator. She normally was just that, and she wasn’t alone. There were more than enough people who wanted to show off, people like Heidi, that an audience was welcome.
Don’t know. I’ll ask him. You?
While she waited for Sammy’s reply, Jacqueline prepared dinner for herself and David. He would be home any minute and put his touches on her work. He was so good at bringing out the best in her, turning her from plain to flashy, bland to brilliant.
The phone pinged with the new message and Jacqueline set her spoon aside to pick it up.
Need someone to take. Well, I guess I could do like Heidi and just grab whoever is there. That always feels weird, though. How can a stranger trust me?
Jacqueline typed quickly and dropped the phone to pull a pot off the burner just before it boiled over.
Because your eyes are honest. That’s why I trust you.
It was true. Aside from David, she trusted very few people, but Sammy was one. They’d tried being a couple once, years ago, but they were too alike, even though she was a Domme and Jacq a sub. Sammy always said it was just the way one woman knew another.
The door opened and David turned to the kitchen, looking for her. “Good, you’re home. And what a smile. You been having fun without me?” He slid in behind her, kissing her ear. Her cock, which had been flaccid perked at his touch.
“No. Just notes from Sammy. She wants to know when we’ll be at Riz Kay next.”