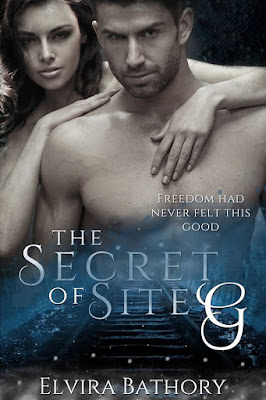 A mermaid and a centaur hooking up? Damn!
There's always something original when you read Elvira Bathory.

Arabella Rossi woke feeling groggier than she could ever remember feeling, with her head pounding harder than she had ever known possible. The last thing she could remember was having a drink with her best friend Lachlan Storm at the School of Spirits, the local watering hole but she didn’t remember getting that drunk.
She opened her eyes and was met with the harsh glare of unforgiving light which caused the pain in her head to intensify, Ouch! Did someone get the license plate of the dolphin that fucking hit me?
As Arabella moved her right hand to rub the back of her neck in an attempt to ease some of the pain, she was met with resistance. Discovering that her hands were bound behind her back caused her to panic and instantly become fully aware.
Where the Hells am I? And, bigger concern, what the fuck do they want from me? Arabella frantically thought.
She wasn’t sure why she was convinced that it was a they that had captured her, but Arabella had learned a long time ago not to ignore her instincts. She knew she needed to get a better look at her surroundings, maybe get a clue as to where she was being held, but the tidal wave of pain that had taken up residence in her head wasn’t slowing down.
She heard footsteps approaching and fear made her heart race. Arabella closed her eyes until they were only open a slit, appearing to be sleeping to the casual onlooker. She attempted to calm her breathing while trying to locate the source of the sound against the onslaught of the fluorescent lights.
Who are these people?
Trying to find a door or a window, Arabella discretely searched the room but only found white empty walls. There was some sort of system that was pumping air into the room because the small hairs on the back of her neck moved slightly in a cool breeze. A quick glance showed a small metal vent above her head. The witty mermaid supposed a trip through the ventilation system would be a quick escape if nothing else presented itself.
Oh shit! Lachlan was right! My curiosity is going to get me killed. Quite possibly sooner than he anticipated. Lachlan had warned me not to get too near the shore on Arcadia Beach today; pleading with me that he didn’t have a good feeling about it. I should have listened to his warning, listened to his instincts as I listen to my own. But I couldn’t help it! I just love playing with that little girl. And she expects me to come to the shoreline when she is on the beach, Arabella thought as she continued to search the blank walls through the slit she had made of her eyes.
It was a fight to slow her breathing as everything went silent as a tomb. Arabella strained her ears, listening for some sort of sound, anything other than her own terrified breaths, but she heard nothing. The silence itself almost became as loud as the water moving through the East Australian Current.
Arabella concentrated on her breathing for a few minutes, trying to prevent hyperventilation, finally reaching a level of calmness by lying to herself; It’s only my imagination working overtime. Waking up in a small, windowless room with my hands tied behind my back has caused me to hear things that aren’t really there. Slow, deep breaths, girl. In and out.
Just as her breathing had returned to normal and her heartbeat had slowed, those supposedly non-existent footsteps sounded again. They were closer than the first time Arabella had heard them and her heart leapt into her throat while she tried to determine just how close they actually were.
“Yes, that’s fine. Just make sure he doesn’t have a chance to escape again. I’d really hate to watch you take the same path of your predecessor.”
The voice on the other side of the wall was that of a woman and carried an authoritative tone, “No! I said…Oh, never mind. Let me see to our newest guest and ensure that she is in one piece. I know how overzealous your recovery team can get.”
As she heard a click and a sliding sound, Arabella forced her eyes open against the sting of the fluorescent lights; causing her headache to protest in earnest. As a rectangle of the wall slid open, disappearing neatly into the wall, they hid the door inside the wall. There isn’t a knob or handle so there must be a special way of opening it. I have to hand it to these guys, they know how to discourage their prisoners.
Arabella wanted to face her captor without showing her fear, there were no amount of lies that she could tell herself to convince her otherwise when she could feel the fear coursing through her body like the electric current from an eel. Although she was afraid, she refused to give her captors the satisfaction of seeing her cowering in the corner she was undoubtedly in. As the door swung open wider, Arabella sat up as straight as the ropes tightly binding her wrists would allow.
The woman who walked into the tiny room wasn’t very tall, standing at about five foot four, and she was wearing a gray-tailored suit with a white dress shirt, complete with black low-heeled loafers. Her raven black hair was cut boy short and slicked back. It didn’t appear as though the woman was trying to look masculine,  only that she needed to dress like that to gain respect from the persons she was in charge of. Despite the suit, loafers and slicked back hair cut so short, or perhaps because of it all, she was a lovely sight to behold. Add in her creamy skin tone and Arabella found the woman quite striking, and knew her attire meant she would be all business.