Update: Apparently Tuesday Tales doesn't appreciate my involvement in Tantalizing Tuesday. As a result my piece (which I still think is worthy of reading) has been bumped to the bottom.
Trying something here. I have two posts this Tuesday as I participate both in Tuesday Tales and Tantalizing Tuesday. I hope you'll take the time to read both (only 500 words total!) and check out the links to additional tales and teases.


Tantalizing Tuesday continues from my WIP, a prequel to Blue Moon House
Jocelyn shifted a little, swinging. She was completely suspended. She was also completely helpless. There was nothing she could do to free herself or even move more than a sway. The ceiling was higher than she had first realized and her crotch was only a little under Harry's chin as he circled her, examining.

Inhaling deeply, he said, “You were eager for this.” His tongue darted out and touched her hot skin. She shuddered, shaking in the harness, but barely moving. “Do you like it?” he asked, a finger tracing each of her lower lips, circling her anus and vagina and clitoris.

“Oh, yes. Yes.” She longed to move, to touch herself, to have him touch her more.

“Yes. I think your kettle is ready. I'll be right back.”

“What?!” Jocelyn turned her neck to follow him as he left the room. He wouldn't really leave her here, would he? She struggled against the ropes, trying to find a way down. She swung and twisted, but couldn't move more than that. She started to cry, scared. Had she handed herself over to someone who would hurt her? Had she made a horrible mistake?

Tuesday Tale - Breaking and Entering
Taking a quick break, Linda slurped water from her canteen. The sun had been baking all day and was finally starting to set. She looked forward to the cooler temperature, but it meant she needed to hurry. The jet would be landing soon.

It had taken all day, but she had walked from an empty field, climbed the fence, and entered the airfield from the far side. She had a high-visibility vest in her bag that she would don when she got close enough to see people.

It was worth it, she told herself. He was worth it. She would do anything to have the chance to shake hands with and meet the young President. He was just over thirty, not far from her twenty-odd years. He was single, highly eligible and utterly unattainable.

Linda screwed the cap back on her canteen and doubled her pace. She would not miss her chance. Stopping to throw on the vest, she dodged across runways, past fuelling trucks, baggage, and men and women working on the multitude of aircraft. None looked at her twice. She appeared to know where she was going and was dressed as they were. Obviously she was a new hire they hadn’t met yet. 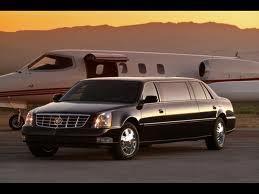 Linda stopped within sight of the black limo. The secret service staff had their backs to her, watching as the jet landed. The engine noise covered the sound of opening and closing the limo door as she slipped in the back and began peeling off layers. Looking down at her lingerie, she hoped the President liked red.

She froze, hands folded in her lap as the door opened. She cringed, expecting an agent to haul her out. Instead, the President slipped in. He did a quick double take before pulling the door closed behind him.

Posted by Angelica Dawson at 19:05