I'm excited to find and feature publishers that are new to me. I have some author friends published with this one, but I didn't visit their site before now. Ravenous Romance specializes in affordable sexy reads. Let's take a look at some of their latest releases, all of which are $4.99 each! They also have a special where if you buy 4 books (hey, look, 4 new books) you get a fifth one free.

Bad Boy Menage is an anthology including The Bounty by Nicole Wilder and Carrie's and Bridget's Bucket List by Kimber Vale. The compilation is edited by F. Leonora Solomon who promises one bad boy after another.

In Ryan Field's Too Hard To Handle, conservative Dan meets Cass who claims he’s related to storied Texas Ranger, Kit Acklin. Although Dan is still mourning the death of his boyfriend and hot Cass is a self-proclaimed no-good drifter, they are offered the dream job of a lifetime on TV. It all takes place in peaceful Glendora Hill, Texas, which will be familiar to readers of Ryan.

Chloe Stowe has released Pound, the second in her Lion and the Steed series. In this installment, Dr. Samuel Lyon and Brevyn Steed settle into their new lives together expecting the sweet calm of sameness and security to settle down around them. However, when a silent film thought lost to a fire 90 years ago is stolen from a private collection, Brevyn and Sam are hired to recover it. The thief’s trail quickly forces the couple to abandon their New York City environs for the sunbaked coast of Sicily.

Once Upon A Menage combines the love of three with the magic of fairy tale. Authors include: Celeste Hall, Ramona Leigh, Naomi Shaw, Muffy Wilson, Manlius Latham, V. Shepard and Louisa Bacio. Edited by Rachel Kenley, this book will definitely scratch that itch for magic with your erotica.

We are lucky enough to have an excerpt from one of Naomi Shaw's contributions to this anthology. Here's a taste of Beauty's Beast:

The weather was warm, with sunbeams shining, so later in the afternoon Rosie walked to the local library, where she often went, to return a few books. She took a shortcut along a gravelly road, where the stones crunched beneath her feet and hurt her soles as she walked with light footsteps. The shortcut took her past the Old House that loomed up behind a tall gated terrain. It was huge, gray-stoned, aged, and full of mystery, with a wild rose garden she could just about make out behind its surrounding walls. She looked in, deciding to investigate on her return journey.

On the way home, Rosie paused at Old House. Her vivid imagination allowed her wild fantasies of what could go on inside and she recalled them now.

Her eyes misted over and her red lips curled into a smile as she imagined heavy red drapes drawn tightly closed, concealing wild sex with people tied up to live out their innermost fantasies. Quite forgetting she was in a public place and might be spotted any minute, Rosie’s hand slipped between her thighs to stroke where the crotch of her panties had become damp.

“Mm,” she purred. “Lovely.” She sucked her fingers, wishing another could do that for her, then stopped suddenly, realizing she could be seen by any passersby.

Looking at the lion statues that rested on pillars either side of the old brass gate she said, “I bet you could tell a tale or two.” Rosie’s thoughts were increasing her curiosity about the place, and noticing one of the gates left slightly ajar, she thought this was an opportunity far too good to pass up. Using both arms, she leaned her full weight against it, trying to shift the gate open a little more. Finally with creaks and groans, she managed to shift it a few more inches, enough to squeeze through into the grounds. 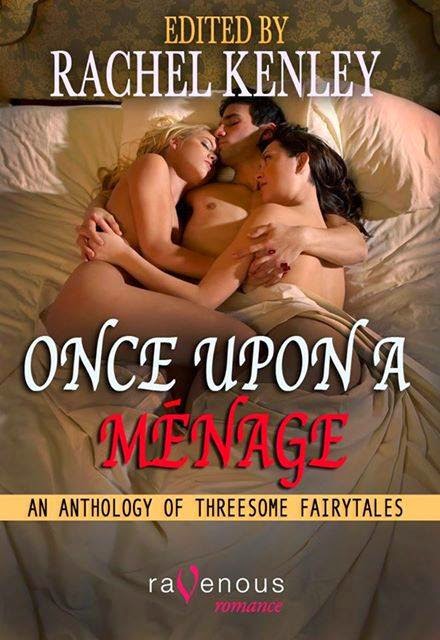 She sidestepped off the stone driveway into what her father had called a wild rose garden. Dad was not wrong about this garden, she thought. It would be a shame to leave it untended. With fingers trailing around the velvet petals of rose blooms struggling to show their blooms through a tangle of woody briars and thorns, Rose wandered through. “Ouch!” she exclaimed when while breathing in the aroma of one of the flowers, she inadvertently caught her finger on a thorn. She withdrew her hand quickly and sucked the blood seeping from the cut.

“Now that was a stupid thing to do,” a deep voice boomed from behind her, although she had never heard his footsteps. “Let me see.” Rosie swished around to see where the voice came from. She saw a tall man of medium build with thinning gray hair, dressed formally. “I am butler to the Master. He does not like people on his property and wants to see you.”

“But I have to go home—” Rosie began but the man cut her short.

“You don’t want to disappoint the Master. His powers of persuasion are very strong and you would not want to annoy him. Follow me.”
If you have a publisher featured on Sunday Surprise, leave a comment or send me an email.
Posted by Angelica Dawson at 00:00