Be sure to visit the other Vampire Friday participants: Linda Hamonou, Siren X Star

Will is one of those best acquainted with nature of his masters. He understand only part of what they are. Here is the first of his revelations. 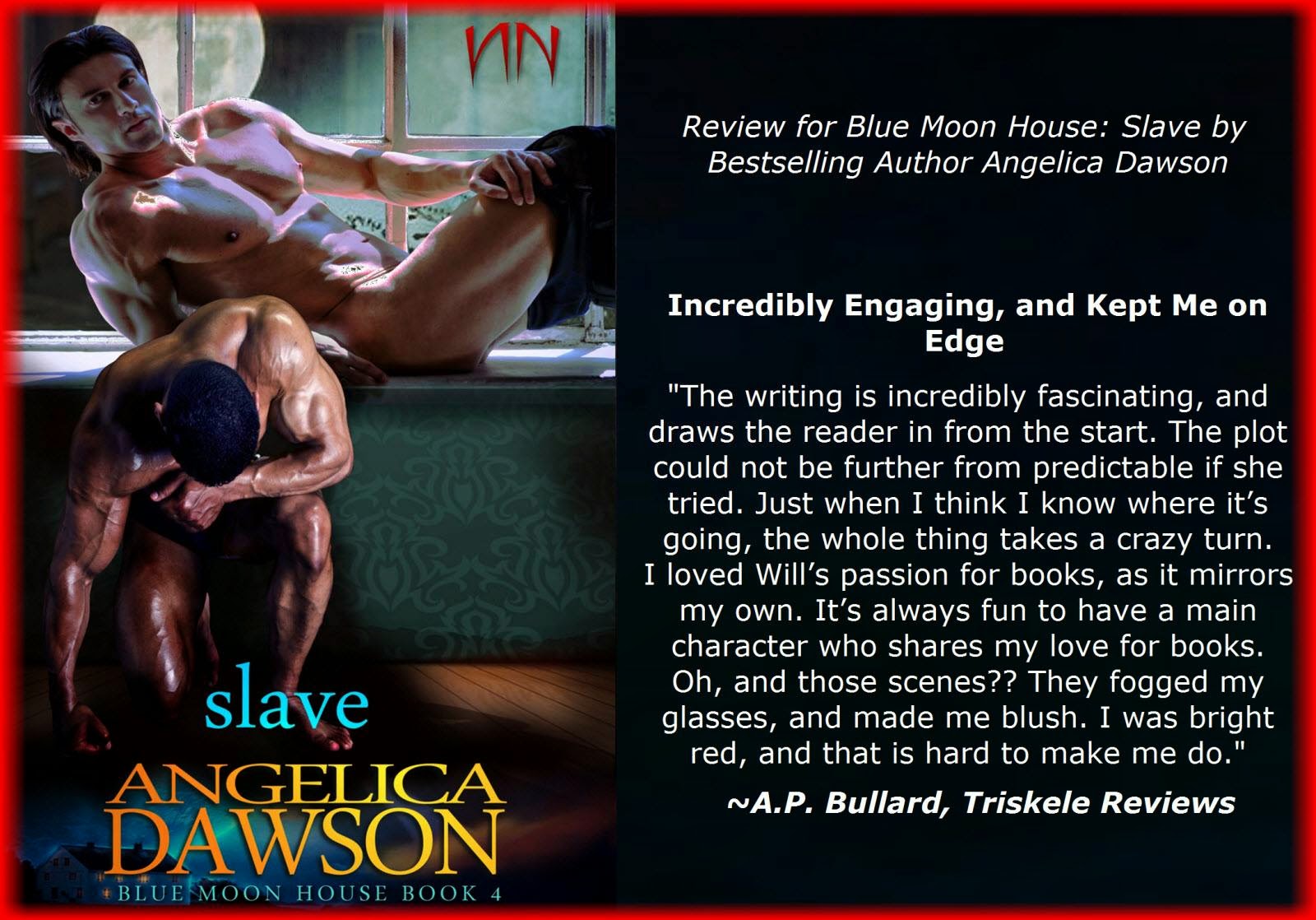 Sophia stood taller. She slapped him across the face. The nature of his masters had never been a secret. Their inhuman strength and speed was explained by the lack of windows and the blood he so often cleaned up in the rooms. He was positive they were vampires. She was a woman, but she was stronger than he was. The unnatural abounded here. “You think I’m soft?” she asked, her voice sharp as tacks.
“Yes,” he said, sneering again. “You coddle me and you would coddle her.”
Sophia took a deep breath and muttered. It wasn’t English, so he had no idea what she prayed. “What you did worked, but you must not think that is because she is an animal.”
“But she is—” he started to say.
Sophia spoke over him. “It is because she gave you power over her. She wanted you to control her. That control comes with a trust that you will not injure her.”
He snorted. “Of course I would injure her.”
Sophia slapped him again and this time Will fell to the floor. “I will injure you if you don’t listen,” she warned. “We treat people in all sorts of ways here, many are not civil. Always, however, we have the interest of our clients at heart.”
“Clients?” he asked. He’d never talked with his owners about their companions. “She is a slave. You own her. She isn’t a client.”
Sophia’s expression brightened a little, her shining sapphire eyes dancing. “We don’t own her, actually. She comes here after she has finished duties. Her sister covers her evenings so she can be here.”
Will tried to remember ever having anyone stand up for or cover for him. There was no one. “She’ll be whipped. They both will.”
Sophia frowned. “You speak like you want that. Do you? Hasn’t there been enough whipping?”
He hung his head, remembering how badly he was bleeding when Sophia bought him. She had been returning from a party and heard his screams from the street. That fact still shamed him. She had stormed in and demanded to know what price Mister Green wanted for him. It hadn’t stopped two more lashes from old Jim’s whip. The master hadn’t ordered him to stop.
Sophia stopped him. He remembered the awe in all three men’s faces when her hand stopped Jim’s from descending.