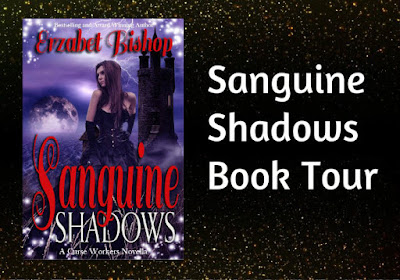 Sanguine Shadows by Erzabet Bishop. Start your journey into the Curse Worker universe!
99 cents for a limited time and #FREE in KU!

Mari Di Bartolo was a witch coming back to her roots in Salem. Juggling work and school, she is a woman on a mission until she is attacked one night after work and left for dead. When Mari is about to step through the veil, she is given a choice-become a vampire or fade away. She chooses life. Nevertheless, it’s not her new Sire that holds Mari’s attention, but the strange and enigmatic Fae with the golden green eyes. Full of mischief and mayhem, the night of the Vampire Ball is upon her and all that glitters may just be her teeth in the moonlight.

Darkness lurks in the shadows…

Fenris is the Captain of the Guard for the Queen of the Dark Court. For centuries he’s secured the barrier between the human world and Faery, part of a Protectorate that keeps humans blissfully ignorant of the beings hidden in their midst. But when another rogue wolf attack brings him to a crime scene, he remembers another girl with long dark hair and eyes that spoke to his soul. On a night filled with wild magic, there will be blood and some of it might just be given willingly. 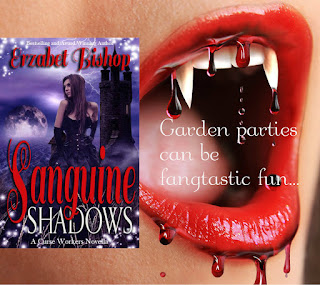 Her eyes widened and her lips parted and he caught a glimpse of fang. “I…didn’t know you cared.”
“If I didn’t, why would I have convinced Roark to turn you?” He tugged her closer, the push of her breasts against his chest making it hard to concentrate on mere words. He’d known she was meant for him from the first second he’d seen her but he had to let Roark take her or risk her dying.
“You don’t know me. I was just a girl on the street. A human not worth your consideration.”
Fenris didn’t miss the hurt in her eyes. Perhaps he had been wrong leaving her alone. He’d been convinced he was right letting her assimilate unhindered into her new life. He also couldn’t fault her reasoning. She was right. They had no claim on one another, only an attraction that blazed to life in the most untenable of situations.
But she was wrong on one account. He had noticed her before-just not in a way he might have acted upon. Human and supernatural interaction was forbidden but he was unable to let her die. Not like that.
He wasn’t able to stop thinking about her and hadn’t since that night.
“I did notice you, witchling. How could I not?” He lifted a finger and traced the side of her face, his cock hardening at the moan that slipped unbidden from her lips. “You burn inside of me. Only I couldn’t act. Not until then. But I had to save you. To do anything else…” He let his voice trail off and watched her reaction.
Mari blinked and reached forward, pressing her lips to his. “It’s like a fire, isn’t it? A fire in the blood.”
“Oh Gods, yes.” 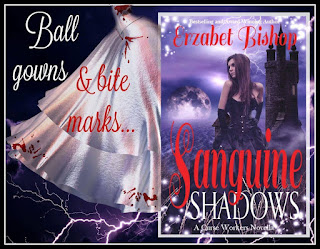 About the author:
Erzabet Bishop is an award-winning and international bestselling author who loves to write naughty stories. She is the author of Lipstick, Crave, Snow (Three Times More Lucky Box Set), Malediction, Map of Bones, Sanguine Shadows, Arcane (coming soon in the Prowlers and Growlers box set) The Science of Lust, Wicked for You, Heart’s Protector, Burning for You, Taming the Beast, Mistletoe Kisses, Surrender, Torment (upcoming), Hedging Her Bets, Cat’s Got Her Tongue (Alpha Heat Box Set), Arcane Imaginarium: Spirit Board, Holidays in Hell, Mallory’s Mark (upcoming),The Devil’s Due (upcoming), Charity Benshaw’s Enchanted Paddle Emporium (upcoming), Club Beam, Pomegranate, A Red Dress for Christmas, The Black Magic Café, Sweet Seductions, The Erotic Pagans Series: Beltane Fires, Samhain Shadows and Yuletide Temptation along with being a contributor to many anthologies. She lives in Texas with her husband, furry children and can often be found lurking in local bookstores. She loves to bake, make naughty crochet projects and watch monster movies.
Follow her on Twitter @erzabetbishop.