The Furnace Man by Kera Faire,
Available from
Evernight Amazon UK Amazon US 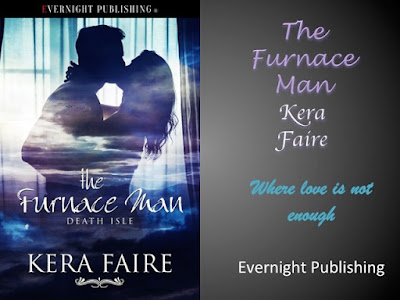 It’s so lovely to be here, and talking about The Furnace Man, the latest book by Kera Faire, my dark side.
I’m very lucky having two author sides of me, as I can indulge what I like doing best—creating stories with a happy ever after—in so many different ways. I just swap hats so to speak. It might not work for everyone, but it does for me.

This series, Dark Isle, is darker than my Raven stories. Mainly set around an island on Loch Lomond, in Scotland, The Furnace Man takes a bit of a new track, by starting in a glass works in Yorkshire.  I just happened to go to the grand opening of a new furnace, and got chatting. The Furnace Man is the result.
Of course we end up on Dark Isle…also known aptly as Death Isle, an island in Loch Lomond, which is handy as it is not that far from where I live. Good excuse to procrastinate and well, enjoy the scenery. A flask of coffee, a g-f biscuit or three and my lap top. Perfect. Well I hope so.


Blurb
Don’t piss off the furnace man.
It might be a standing joke around the glass factory— he’ll mix you with the sand and burn you, leaving nothing left to discover—but Lindsey Earnshaw is about to find out the truth behind it.
Placed there to spy on the place on behalf of the government, a warning message brings forth not only a dead body, but also the one man she’s never forgotten.
Michael Hoult cannot believe his eyes, when his ex-wife turns out to be the receptionist on duty. Having to drug her in order to not blow his cover will not earn him her renewed submission, neither will whisking her away to the Death Isle.
Duty first, though. It cost him his marriage all those years ago, but with Lindsey now working for the same side, can they not only catch a killer, but also rediscover each other? 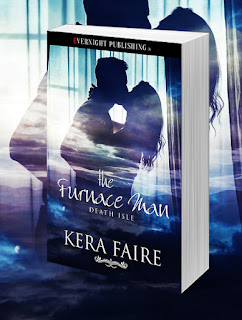 The Furnace Man by Kera Faire,
Available from
Evernight Amazon UK Amazon US

love Raven/Kera
Romance on the dark side