This story contains references to rape. Please, if you don't wish to continue, head back to the blog and read the other entries!

Irene was tossed among the children in the hall. The raping hadn't finished yet, and Irene was quick to pull the crying girls and boys around her. 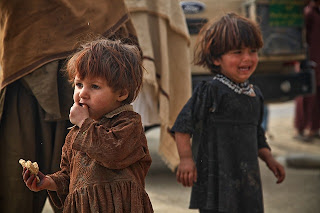 "Shh. It will be over soon. It will be over soon." She couldn't say it would be all right. That would be a lie.
"Hey! I found a fresh one!" Irene moved to block more of the room from the children's eyes, but she couldn't spare them everything.
"Siobhan? What are they doing to Siobhan?!"
"Shh. Don't watch. Don't listen. Remember that you are Lehry. We are better than them."
The children continued to cry and scream, nearly as loud as their mothers. Irene refused to turn around, refused to watch for the next man to come for her.
"Irene?"

She spun to face her mother. "Mum?" Her dress was in tatters, her breasts exposed, both red with welts.
"I was so scared you'd been killed with the others." She held her daughter tight, stroking her hair. "But you bent. You will bend, Irene. Be strong and help the others."
"That's her!" someone called. "That's the chief's wife. Let's all have a turn with her."
"Is that her daughter? She is mine." Three men stepped toward her, but the man who had brought her into the hall stopped them, arms wide.
"Actually, she is mine. You can have any of the others."
Irene refused to be grateful. "I will kill you all," she whispered. She was still staring hate at the men surrounding her mother, killing her. She wouldn't walk away from here.
"She always wanted you to be happy."
Irene turned, surprised to hear a feminine voice that wasn't in pain. "Aunt Aine?"
"They've tired of an old woman," her father's sister explained. "Your mother, she wanted you to have everything. That's why she let you run off with your father and brothers even though she wanted you to stay with her. She knew, in the end, you'd be a wife and mother, like her, and while you were young, she wanted you to have the freedom the boys did. She told me she wished she'd been able to do that. Perhaps she wouldn't have been captured so easily."
Irene, focusing on the children, turned back to her aunt. "She was captured before. Someone else did this to her?"
Aine chuckled. "Your father. Didn't you know? He found her on a raid and snatched her out of her mother's house. Wouldn't speak to him for a year."
"He didn't...he didn't do..." She couldn't even say it.
"I think he pushed her once, in the beginning, but realized his foolishness right off. After that, everything he did was in an attempt to impress her or otherwise win her over. I don't think she ever forgave him for stealing her."
"Now she never will," Irene whispered, listening to her mother's muffled cries.
"Come with me." A masculine hand closed on her arm, pulling her to her feet.
"Let me go!" she demanded, pulling free.
"Go, Irene. We will find our way. Bend, don't break."
The man didn't give her a choice, grabbing hold of her again.
Posted by Angelica Dawson at 20:28