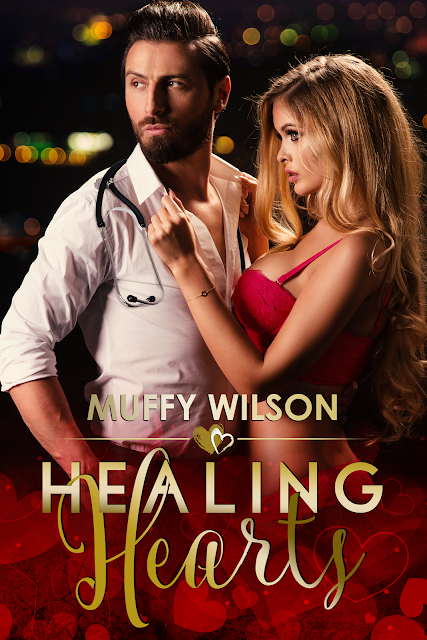 Walking on the edge with the underbelly of society in the shadows of the night could be hazardous to your health…or worse—deadly.

Brianna Denton walked the night and crawled the pubs searching for her sister’s murderer. Drugs and alcohol drove her twin to prostitution in the shadows and rat holes of the underbelly of North Beach society.  Brianna lived her sister’s life on the tight edge of the raw reality until she pushed someone too hard, too fast.

Someone wanted her dead too.

Tatianna’s life drew Brianna into the bowels of the dark underground society, but to who’s destiny—her own or Tatianna’s?

He’d seen her on the streets, in the flea bag bars and pool halls the midnight scum frequented. She fascinated him with her Mediterranean beauty and her disdain. She was fast, unapologetic, but her curves were slow and yielding. He ached for her until one night slithered into the wee hours of the early morning at Blu’s Balls. The smoke in the pool hall hung in the air like a noose from the ceiling.

She wanted a bath but she wanted the blond-haired, blue-eyed man with the heart-shaped face and the gentle mouth more, first.

Dr Ben James recognized Brianna immediately when the EMT’s brought her into his ER. He hadn’t seen her since that night—the night she picked him.
Can he save her life? If he can’t, can he forget her?

Muffy, likened in style to one of the Bronte sisters and Anne Rice, is an award winning bestselling author of provocative romance about love, sex, hope and passion. An American author of the popular Shadow Seduction Series (a paranormal love story) and the Ribbons of Moonlight Series (a contemporary romance), she has penned a dozen other books and anthology collections.
Muffy was born in Texas to traditional parents. With two older brothers, she was the youngest, the family "princess," indulged and pampered. Her father was a career Colonel and pilot in the U.S. Air Force which required the family to travel extensively. Muffy spent her formative years in Europe and 'came of age' in France which forged her joie de vivre and love for books and writing. Married and living in the tropical paradise of SW Florida along the Gulf Coast, Muffy writes and enjoys life in the sun with her husband and wee Havanese pup, Burt.
Join Muffy's mailing list to get the scoop on her new releases and special promotions at www.MuffyWilson.com. Follow her on Facebook or Twitter. Muffy also blogs daily here: http://muffywilson.blogspot.com ~ Contact Muffy at Muffy@MuffyWilson.com  ~ Live, Laugh, Love with Passion

Curling Up with Muffy and a Good Book


Important things first, are these sheets silk or cotton?

Ha!! When I was younger, aaaaaand single, they were always red silk sheets, like most of my underwear. It is a mindset. I was independent, self-reliant and did whatever I wanted whenever I wanted—pretty much like the men I worked with at the time. I was the Midwest Regional Director of the Real Estate and Construction Division with IBM. I worked hard, travelled frequently and had to check hotel menus often enough to find out what city I was in! There was always a bar and a restaurant downstairs and the temptation the anonymity offered was often too much for me to deny. Anyway, I valued the sanctuary of my home and my own bed along with the indulgence of silk sheets. I know! You thought it was the other way around and that I did all my catting on my silk sheets…hahaha! Well, sometimes I was indiscriminate and I did. But, my silk sheets were like my little self-indulgence, like Belgium Chocolate, Irish butter and Chevas Brothers Lochan Ora. Some things were just for me. Anymore, after thirty years of marriage, I am afraid we would find ourselves slipped to the floor like molten lava if we slept on silk sheets.

What are you wearing?

Listen to you! I have my hair pulled into a ponytail and a red ribbon. I am in a spaghetti strapped black summer shift (it is nearing 90 here in SWFL on this early morning with the sun reflecting off of the pool) and I'm barefoot. My face is scrubbed and I am not wearing any undies, not even a thong! There are blessings to an empty nest!

What are we snacking on in bed while we read tonight?

Oh, hot tea and cold chocolate. Belgium chocolate melts so evenly and deliciously in bed. It is never far from my nightstand. Something’s never change. Even though there are no more silk sheets, there is always Belgium chocolate and Cristal Champagne, the Wine of Tsars and Stars, both of which I am, or can be, in bed.

If I open this nightstand drawer, what will I find?

You are a Nosey Nellie!! And there are two: one may have a fun pack and the other just the remote and not too virginal vibrating balls! Let’s just go for the fun pack and hang the suspense! As you would expect, there are extension cords and spare batteries (just in case), a few favorite toys (some are the dog's!), the real stash is in the dresser (!) and a .38 snub-nosed revolver and no it is not a “Midnight Special”. There are creams and ointments and my collections of silk and satin scarves, a throwback from my traveling days.

Do you roll up in the blankets like a burrito, or kick the covers off during the night?

I sleep on my back, open to the night, my dreams and inspiration floating in from any source. In Florida, I sleep in light shorty lingerie without blankets. In the north, I curl up, my husband tells me, near the foot of the bed wrapped in the warming comfort of velour blankets. My blood has gotten thinner down here and I have a low tolerance for freezing temperatures anymore. But, I do have to admit, it is certainly more conductive to warm-up sex!

Can I put my cold feet on your calves to warm them up?

Yes, you can, and please do. But you will pay for the convenience, in a big way, and perhaps more than once! Clearly, we have to get your blood warmed up and moving around and around—even back and forth! Although, you might consider a cold-toe fuck, another fine way to warm up your pinkies.

What are we reading? (include your cover art, buy links & excerpt)

Let’s curl up together (after all, we have been friends for a long time!), read, and maybe roll-play some saucy little highlights from this randy boxed set, 'Coming in Hot', written with some of my dearest, most talented friends. Here, let's read an excerpt from my novella featured in the collection. C'mere...

Everyone gets what they deserve. Everybody knows that.
Hell, it didn’t matter anyway.
It was the wee hours of the morning and Brianna was all alone on the barren, black, wet streets. Curiously, she was unafraid to walk the night between the underbelly of society that lives in the darkness.
It was probably just like the night her sister was murdered. She was probably troubled by the same things—haunted by the depths of her own depravity. The clack-clack-clack of her heels on the sidewalk announced her approach as she headed…where? Home? That was a laugh. It made her think of the first time—her first time, maybe her sister’s first time—on the streets and in the black flesh pits of San Francisco that served up watered down whiskey, easy women and the finest drug connections money could buy, steal or cheat. Shrouded in the black lies hidden by the night, she did whatever she wanted, whenever she wanted and with whomever she wanted. The rain always had that effect, kept the good ones home while the creeps washed out of every skank black hole.
It was like that her first night…and he was a creep. But she did him anyway, holding her breath as he huffed, thrust, and panted into her young pink mouth. She thought of her kid sister. Was he the one?
The police didn’t know and had no more leads. What was she to do? She had to find out; she had to help. At least, she had to try.
But, she got swept away in the trying.
If she had any doubt about what she had become, it vanished with that blow-job stuffed into her sweet Mona Lisa smile. Every night since, her skirts got shorter and the nights longer and the creeps, well, the creeps were all still creeps.
It was getting harder to remember what her kid sister looked like and why she was here. It was getting harder and harder…and easier, too. There were nights she didn’t care who killed her sister and there were nights she could think of little else.
The line between purpose and obsession became obscure.
She could question how she wound up on the streets, but she already knew. It was a matter of choice—her choice—and the men, the trail of men in her life, were a matter of choice too—her choice and hers alone. She picked them; they didn’t pick her. Still…It was just a matter of time before she would call one of those black rat holes home to curl up with the viper that lived within.
There was a wild thought afloat that nothing positive ever happens until you hit the very bottom of the abyss. Nothing positive had even begun to happen in her life. Guess she had further to fall, since she clearly had not hit rock bottom. Could be. Until then, she entertained herself with the fine parade of men. The steady stream of eager lovers had only one thing wrong—there was no love involved. No names, no “what do you do for a living”, no talk about wives, lovers, divorces or kids. Those were her rules and if you wanted to fuck her, you did it on her terms. Clear, simple, no muss no fuss…and no kissing. She didn’t want to kiss the underbelly of society. They were all scumbags and she liked it that way—on the edge, the tight, unforgiving edge.