Today's Spotlight
On Her High Horse 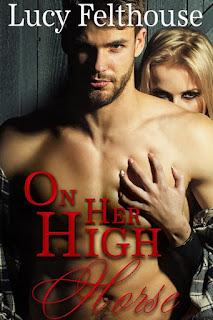 Paramedical meets paranormal in this steamy set filled with doctors, nurses, paramedics, shifters, werewolves, vampires, and more!
Get a dose of romance, STAT!

Featuring NYT, USA Today, and Amazon bestselling authors, we're Coming In Hot with paranormal to contemporary, and sizzling to seductive bedside manners by the doctors, nurses, paramedics, and more in this boxed set.
See It On Facebook! http://bit.ly/CIHBox

Now Available for pre-order at #99cents for a limited time! ***BRAND NEW & EXCLUSIVE***
Amazon - Nook - iBooks - Kobo - ARe
Don't forget to add to your *want to read* list on Goodreads.

When veterinarian Brett Coulson and stable owner Samantha Hanson-Bishop meet, it’s hate at first sight. He thinks she’s a snobby, stuck-up bitch who wouldn’t know nice if it bit her on the arse. She thinks he’s a blundering, inexperienced little boy who shouldn’t be within fifty miles of her prized horses. But it doesn’t matter much—they’ll never have to see each other again. Or will they?

When fate throws them into the same room together at a charity fundraiser, the resentment between them quickly resurfaces. But mixed in with that resentment is something they both tried to deny… attraction. Will the chemistry between them cancel out the animosity, or were their first impressions just too powerful to change? 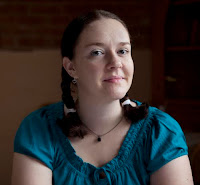 Hello—thank you so much for stopping by. I’m so excited to share a little bit about myself and my story in the Coming In Hot boxed set!

Tell us about your title featured in this set:
My story is called On Her High Horse, and is set in the Yorkshire Dales, in England. It’s an enemies-to-lovers story about a young vet and one of his clients.
Once I got going, it probably only took me a couple of weeks to write (I don’t write full time, so I have to squeeze my writing in around everything else I do to earn a living!).
The title was actually a complete nightmare to come up with! Sometimes titles come to me before I even write a story, and other times they pop up while I’m writing. This one eluded me for a long time. I was Googling horsey phrases and veterinary phrases for ages, until I finally came up with this—and it fits the story really well, I think. So it was worth waiting for!

Tell us something about yourself:
I’m from Derbyshire, in England, where I still live with my dog, Scamp. As I mentioned before, I don’t write full time—I actually do lots of little jobs which make up a full time job; writing, marketing, editing, PR, web design, formatting, etc… basically, I eat, sleep and breathe books in one way or another, so it’s pretty awesome. I love being my own boss. I love spending time out in the countryside with my other half and my dog, reading (of course), films, and travelling.

Tell us about your writing process:
It varies massively depending on what I’m writing. For novel length work, I do tend to have some kind of plan, or at the very least an outline, in place. But for short stories and novellas, I tend to just write and see where the characters take me. I write as and when I can, juggling it around everything else I do. The benefit of being my own boss is I can move projects around if I need to—as long as I meet all the deadlines, it’s all good! ;)

What is your favourite genre to read?
I don’t have one, really. I like reading different kinds of books—as long as there’s a gripping story, I’m happy.
What would you say is the one thing you are most passionate about?
The people I care about.
When you are not writing, what do you like to do?
Read, relax, go walking in the countryside, watch movies, visit stately homes and ancient sites, travel.

If someone who hasn’t read any of your books and asked you to describe your story in this set (the elevator pitch!) what would you say?
Hunky young vet and sexy older woman go from enemies to lovers with lots of drama in between!

Thank you so much for stopping by! I hope you’ll check out the Coming In Hot set. Please do check me out on social media and my website to find out more about me and my books.

There was a knock at the door. Brett looked up from where he was transferring hand-written notes onto the practice’s computer system—he hadn’t yet gotten comfortable with taking the iPad out on calls. He was paranoid he’d drop it in a cow pat, or worse. “Yes, come in!”

One of the veterinary surgery’s receptionists—an efficient blonde called Natasha—sidled in, a wry expression on her face. “Hi, Brett. I’m really sorry to bother you, but there’s a woman on the phone, and she’s being, um, rather rude.”

Frowning, Brett replied, “Who is it? And why is she being rude?”

Natasha blew out a breath and shrugged. “She won’t tell me what the issue is. Won’t even tell me what animal she has. She just keeps saying she’ll only speak to a ‘trained professional.’ I don’t know who it is, either, not really. All I know is her first name is—”

“Uh, yeah. How did you know? Oh God, I haven’t gone and insulted one of your friends or something, have I? I didn’t mean to, honestly. It’s just she’s being a bit difficult…”

“Natasha, don’t panic. She’s no friend of mine. I’ve never even met the woman. Besides, if she was one of my friends, I’d be giving her a bollocking for being rude to one my staff, wouldn’t I? Anyway, if it’s the Samantha I think it is, then she’s being very difficult, and you’re being overly polite. Andrew warned me about her.”

“Yeah. Bloody typical that she’d phone while he’s away. The man barely ever takes a holiday, and now he finally has, his most awkward client is on the blower. He damn well owes me one after this.”

“If she’s a regular client, how come I’ve never spoken to her before?”

Natasha gasped. “But he never gives out his mobile number to clients. He’s very strict about that—always asks us to take a message and if it’s urgent, pass it on to him directly.”

“Yeah…” Brett scratched his head. “He didn’t say much about her, beyond that she can be difficult. Honestly, I was a bit distracted when he mentioned it so I wasn’t paying a great deal of attention. I wish I’d asked more questions now, but I never actually thought I’d have the misfortune of having to deal with her.”

“You haven’t, yet.” Natasha raised her eyebrows and pointed with her chin towards the phone on his desk.

“Good point.” He gave a wan smile. “Suppose I’d better find out what she wants, hadn’t I? If she’s special enough to have Andrew’s precious mobile phone number, then I probably ought to keep her sweet.”

“Probably wise.” Natasha left the room, closing the door behind her, but not before Brett spotted the slight smile on her face. Relieved to pass on the bitchy customer to him, no doubt.

Taking a deep breath, he picked up the phone. “Hello, Brett Coulson speaking, how can I help?”

“Oh,” came the reply, “Brett. Ah yes, you’re the other vet, aren’t you? Jolly good. Know what you’re talking about, do you?” The woman’s accent was posh, southern. Like she’d been to a finishing school or something.

Gritting his teeth, Brett then pasted a smile on his face, hoping it would be apparent in his tone, despite the daggers he was actually staring at her through the handset. “Yes, I most certainly do.” Should fucking do, after five years of training and the same again working in the profession. I’m not on bloody work experience here.

“But you sound so young.”

Glad she couldn’t see him, Brett rolled his eyes. Her problem obviously wasn’t an emergency, the way she was waffling on, time-wasting. “I’m almost twenty-nine, Mrs…”

“Is there something I can help you with, Ms Hanson-Bishop? Only I’ve a call to go out on in a few minutes.” He couldn’t help the emphasis he’d put on the Ms. It could be construed as sarcastic, but it was still a damn sight more polite than anything he really wanted to say. Would she just get to the point already?