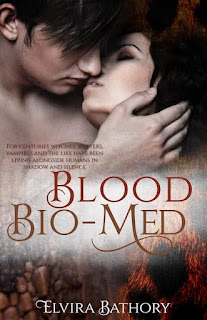 For centuries witches, shifters, vampires and the like have been living alongside humans in shadow and silence    ...

Feline shifter, Aleah Macleod, is excited to start work as a member of a supernatural research team—until she meets William Wolfe. The alpha shifter makes life on the team miserable for her, and she’s not sure why. As the pressure intensifies and the stakes increase, the only person she can turn to is Wyatt Masterson, a shifter she finds she has more in common with than she thought.

In addition to being a highly sought-after researcher, Wyatt Masterson has the ability to shift into the rare crocodile alpha. He tries to focus on the research, but finds himself distracted by Aleah Macleod. Not only does his respect grow for the sexy shifter, but so does his attraction. When she asks for help against William Wolfe, he readily agrees, but he doesn’t realize it will have devastating consequences. 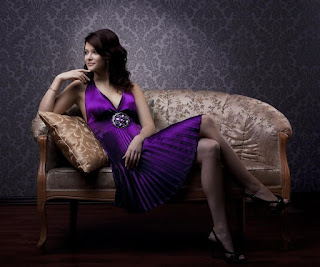 Elvira Bathory is a succubus who preys on the strongest of men. In her 36 years on this Earth, she has seen some of the most carnal acts of passion committed by man, some she has caused herself. Having spent so much time consuming the energy that came from other couples enjoying each other's company, she decided that it was time for her to enjoy someone's company on a more permanent basis. Traveling the world, she chose to settle in a small town in the state known as New Mexico. Still in search of that perfect man, she spends her nights inventing him from her mind onto the pages of her steamy erotic stories.

Hello! Thank you for this opportunity to talk about the Coming in Hot Boxed Set which includes my steamy short story Blood Bio-Med. I can’t wait to help my readers get to know me better!

Tell us about your title featured in this set.
Blood Bio-Med was a bit difficult for me to write as I had never written a medical piece before. But I had lots of help from the other authors in the set, answering any questions I had and all that jazz. The title was actually a fellow author’s idea as I was drawing a blank as to what this piece should be titled. That’s one of the amazing things about working in a box set with other authors. There is always someone there to help you if you need it. This piece actually took me a little longer than most of my work due to be slightly out of my comfort zone ;-)

Tell us about your writing process.
I get most of my inspiration from pictures I have seen; though that is by no means the only way I get my inspiration. I LOVE to write about things that haven’t been written about much, if at all. My thing is shifters that turn into animals I have never even heard of until I do my research (and I do A LOT of research for any of my work). Sometimes I do research WHILE writing the piece depending on what the piece is about. This piece consisted of lots of research before and during the writing of it.

What is your favourite genre to read?
I love all genres but I will always reach for the romance novels first.

What would you say is the one thing are you most passionate about?
Ending cruelty to animals and children. I have been doing all that is in my power to do this.

When you are not writing, what do you like to do?
Read, color (yup color lol), dance, sing, draw. Spend time with the hubby and kiddos.

If someone who hasn’t read any your books asked you to describe your story in this set (the elevator pitch!) what would you say?
This piece is about a young doctor, who happens to be a shifter, that has been trying to find out what makes supernatural beings different than human beings. She is very passionate about discovering this huge secret and when she is asked to become part of a medical team that is doing just that she couldn’t be more thrilled. She discovers romance along the way with another shifter on the team of six as well as strife. There is a huge love triangle with Aleah being in love with Wyatt while Wyatt is in love with her (the ultimate doctor couple) and a fellow team member, William, wanting Aleah all for herself.

Thank you so much for having me! It’s been a blast telling everyone about myself and Blood Bio-Med, my contribution to the Coming in Hot Boxed Set!

The day after the phone call found Aleah in the waiting room of the fifth floor of New Hope Hospital anxiously waiting for Dr. Morgan to make an appearance and explain what it was he needed from her. She remembered taking a seat closest to the door she had entered and looking around the room, noticing there were four other people sitting in the room with her. Every one of them seemed to be feeling the same mix of emotions that she was: anxiety and nerves. Her palms were sweating as she watched two of the four people in the room fidget in their seats. A third person stood and began pacing the length of the small room, long strides eating up the carpet in his need to calm his nerves. The fourth person, a woman, was taking deep breaths as she slowly rocked with her eyes closed.

They stood in unison, with the exception of the man who was already standing, as a six foot one, silver haired older man walked into the waiting room.

The Director of Supernatural Bio-Medicine smiled at each of them in turn, “Hello fellow doctors. If you would just follow me, please.”

He turned and led the way down a small hallway, stopping in front of one of the closed doors then ushering the five of them into one of the conference rooms and waited until they were all seated to begin what could only be called a presentation.

Dr. Morgan began by telling them the reason they were called together then introduced them all by their specialties, “I’m glad to see that almost all of you were able to be here. There was to be one more of you, but it seems he’s not going to make it. Shall we get started?”

Everyone nodded their agreement and waited to hear what the doctor was going to say next.

“Without further ado, allow me to tell you why you’re here. I have hand-picked each of you for your specialties and your reputations in those specialties. As you may already know, this hospital has allowed for a new type of study to be conducted in honor of the paranormal being outed. That study is Supernatural Bio-Medicine and they have appointed me the Director. Now the reason you five have been called is so we can appease the humans, and to make sure that the supernaturals are receiving the proper care. In order to do that I have need of a team. Before I get into all of the details concerning that let me introduce each of you. It might make things a little clearer for all involved.”

Dr. Morgan placed his hands on the conference table and leaned closer to the young doctors eager to be on his team, “Mr. Alfred Barstow here will be our Rheumatologist making sure that, should the need arise, we are able to help all paranormal beings with any joint, muscular and skeletal issues. He will also be helping aide in the study of these areas so that we can continue to learn everything we can about all paranormal beings and help the humans to understand that knowledge as well.”

Aleah remembered her attention had been drawn from the doctor to a tall, dark skinned man with a crew cut and easy smile to her left as he stood and waved, “Hello everyone.”

As Alfred returned to his seat Dr. Morgan turned his attention to a petite, light skinned woman with wavy blonde, shoulder length hair and a slightly upturned nose, “Ms. Deanna Bates came highly recommended for our Immunologist to aide us in helping those supernaturals with severe allergies. Of course we also need to study this area of medicine to discover how supernatural beings can have allergies, but that is a discussion for another time.”

The woman in question had her turn of standing and addressing everyone in the room, “Happy to be here.”

Dr. Morgan watched as Deanna returned to her seat then continued to introduce the final members in the room, “This is Mr. Wyatt Masterson and he will be our Endocrinologist helping us study the glands and hormones of all the supernatural community. We might be comparing these areas of the body with the humans to see what makes us so different from them.”

There was a collective gasp that had the Director holding his hand up, “There’s no need for you to be alarmed as I assure you that there will be no white room with bright lights and no paranormals being tied down to a sterile table for these studies. No giant microscope watching your every move. This is merely a way to show the humans how safe we are, how they won’t ‘catch what we have’ and become supernatural themselves; that we are a unique case as stated six months ago.”

The room let out a sigh of relief as a whole, and the man who had been introduced before the bombshell of studying their own had been dropped gave a slow blink. Aleah remembered how her attraction to him was almost instantaneous. She watched as he stood in one lithe movement and took in his appearance. He had milky white skin, shocking white shaggy hair and stunning pale blue eyes. Her heart began to race as his eyes met hers and he licked his lips, getting ready to speak.

A man in his late thirties came rushing into the room, interrupting the Endocrinologist and jerking Aleah’s attention to the door. His short sandy blonde hair was sticking up in all directions and his clothes were rumpled, giving her the impression that he had just rolled out of bed. His deep tan showed that he wasn’t afraid to be in the sun, but the way he moved through the room set Aleah’s teeth on edge. She’d never met someone that made her go on the defensive just by the way they looked but that was exactly how she had felt the minute her gaze fell upon him.