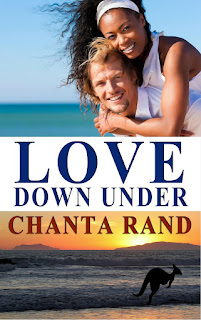 Love Down Under
by Chanta Rand!
@ChantaRand

Now Available for pre-order at #99cents for a limited time! ***BRAND NEW & EXCLUSIVE***

She’s just what the doctor ordered...
Workaholic, Nicola Mills is fine burying herself in spreadsheets for her job as a Risk Assessment Manager for an airline. That’s perfect because it helps her avoid thinking about the tragic death of her husband five years ago. In his will, he made one seemingly impossible request that she’s neglected to fulfill. After all, it means traveling halfway across the globe to Australia. It’s only when her boss forces her to take some time off that she’s able to carry out her mission.

When she’s injured in a freak accident in the Australian outback, she winds up in the clinic of the world’s most condescending doctor. The two of them butt heads from the moment they meet. Too bad he’s so hot!

Doctor Leif Connors has had his fill of the corporate rat race and the manipulative relationships that come with it. After a devastating breakup years ago, he’s chosen to live a solitary existence in his remote clinic. He has little respect for people, and even less regard for the overbearing tourists traipsing through his native country. When Nicola ends up in his care, he places her in the same category as every other privileged Yank he’s ever met. But once he learns the true purpose of her trip, he looks at her in a new light. He wonders if the cure for what ails him might be love down under. 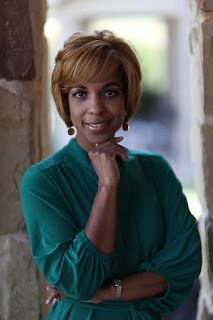 Chanta Jefferson Rand is an Emma Award winning Debut Author of the Year, a multi-published, best-selling author of sizzling-hot romance, and the former host of The Chanta Rand Show. An avid reader of all genres, she stepped onto the scene in 2010 with her first published historical romance, Pharaoh's Desire.

In 2016, she was appointed Chairperson of the Diversity Committee for Romance Writers of America (RWA), with the mission of increasing the awareness of diversity in romance.

The author of over twenty-five novels, Chanta is a history junkie, a Walking Dead fan, and a recovering shoe addict. She never met a stiletto she didn't like! If you still want more, check her out at www.ChantaRand.com or email her at Chanta@chantarand.com.

Remember: You can't expect any sizzle...if you don't turn up the heat!

Thank you for giving me the chance to talk about handsome Australian doctor, Leif Connors, and the American tourist, Nicola Mills, that he falls head over stethoscope for! Love Down Under is a romantic comedy sprinkled with witty dialogue and steamy sex.

Tell us about your title featured in this set.
My story is called Love Down Under. You won’t believe how it came to fruition. A friend of mine won a trip through her employer to Australia. She works for an airline, but she hasn’t taken a vacation in over 5 years. I said, “Wouldn’t it be awesome if you went to Australia and met a hot doctor there?” She replied, “Yeah! You could call it Going Down Under.” The title was supposed to be a double entendre—my friend’s mind is just as dirty as mine. But I changed the title to Love Down Under at the last minute. That’s truly how the book came into being!

Tell us something about yourself.
I’m a military brat who grew up in Germany. I’ve made Texas my permanent home. I have a Bachelor’s degree in Finance, but I never got to utilize the darn thing. So, when I got laid off in 2008, instead of going immediately back to another boring job that sucked the creative juices from me, I went on Unemployment and wrote 2 books in 6 months. That started on my journey as a published author. I’m married to my soul mate of 11 years. He’s my biggest fan. In fact, the story of how we met could be a book too!

Tell us about your writing process.
I’m a Plant-ser who can write anywhere. I start out as a plotter, completing a high-level outline of each chapter of my book. I call this the skeleton or the bones. Once I’ve created the bones, I use Dragon dictation software to dictate all the “meat.” Then, I send the book to my editor(s) so I can publish it.

What is your favourite genre to read?
Yikes! That’s like asking a woman to only choose ONE pair of shoes to take on vacation! Anything historical, romantic comedies, kickass heroines, and apocalyptic stories.

What would you say is the one thing are you most passionate about?
History and getting the details right.

When you are not writing, what do you like to do?
Collect comic books (featuring characters of color and strong heroines), indulge my obsession with The Walking Dead, and shop for shoes—because you can never have enough pairs.

If someone who hasn’t read any your books asked you to describe your story in this set what would you say?
Crocodile Dundee meets Gray’s Anatomy. My headstrong heroine goes on a mission to the Great Barrier Reef where meets a hot Australian doctor with a disdain for foreigners. The two fight their attraction for each other, but realized all along, they were meant for Love Down Under.

Thank you for taking the time to get to know me and my characters. I hope you love reading Love Down Under as much I enjoyed writing it!

When he stalked toward her and stopped within one foot of her nose, her heart slammed against her ribcage. She stared into a pair of sinfully beautiful eyes. Were they aqua? Turquoise? She couldn’t pinpoint the color. She only knew they were doing a damn good job of melting her panties. The lashes that framed his eyes were full and lush, bordered by dark blonde eyebrows that reminded her of the wheat fields where she grew up in The Plains area of Texas. They had just the right amount of sculpt. Not too manscaped. Not too Grizzly Adams.
Her gaze followed the bridge of his long, aquiline nose to where it flared into broad nostrils. Light blonde stubble peppered his upper lip and chin. She’d always thought the five o’clock shadow was sexy, but this barely-there goatee was a turn-on, too. The only thing wrong was the set of full lips that dipped into a frown of disapproval.
“Woman, you’re in the outback. In the middle of nowhere. This is Far Northern Queensland, Australia. Over one hundred and seventy-six thousand square kilometers of land, carpeted with desert flowers and the occasional wallaby. There is no taxi coming out here. There is no hotel shuttle. We barely have running water. I just emptied the compost toilet this morning. I’ll show you how to do it if you like.”
She gasped. “You cannot be serious!”
A glint of challenge sparked in his eyes. “Oh, but I am.”
“I’m your patient, not your servant. I refuse to do chores while you keep me here against my will.”
“You expect me to be your doctor and your errand boy? Typical Yank.” Before she could retort, he grasped her uninjured hand and turned it over in his. “Looks like you’ve never done a hard day’s work in your life, sweet’art.”
“That’s where you’re wrong. What I do is extremely challenging. Millions of lives are in my hands.”
“Oh, are you a doctor as well?”
“No, I work for an airline.”
“Are you a pilot?”
“No.” She snatched her hand from his. Why did everyone always assume people who worked for an airline were pilots? “I’m a Risk Assessment Manager.”
His eyes narrowed. “What the hell is that?”
“A statistician who determines potential hazards and outcomes.”
“I thought you said you save lives.”
“I said millions of lives are in my hands. I calculate risks and the probability of dying and flight patterns and all that stuff. You wouldn’t understand.” He chuckled. His laugh would have been nice if it weren’t so condescending. “You find that amusing?”
“No one can really calculate risk. It’s either gonna happen or it ain’t gonna happen. That’s a waste of a salary to me. How much they pay you to do that anyway?”
“None of your business!”
“You say that a lot. Is it your mantra or something?”
“I don’t need a mantra. When it comes to you, I need a muzzle.”
“Careful, lady. You don’t want to tangle with a man who has enough tranquilizer to put a full-grown kangaroo down for a nap.”
She scowled. “You have the worst bedside manner of any doctor I’ve ever met.”
“And you’re the worst patient I’ve ever had.”
“Finally, we agree on something.”