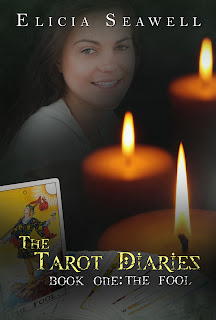 What would you do if you could find out your purpose in life? Would you want to know or be completely left in the dark?

Katie Jenkins finds out her purpose, but not in a way most people do. After a night of shots of tequila and a bet from her best friend, she is coerced to seek a fortune teller for insight into her future. What she finds out changes her life forever.

Katie comes from a long line of Romanian Gypsies cursed with the ability to not only read Tarot cards, but they also have to deliver the bad news to whomever the cards reveal. She, along with her best friend Phoenix (Finny) Carrington, seeks out those who are doomed and try to change their lives before something awful happens to them.

Can Katie stop a mad man from the deaths that surround her, or will she fall victim to the very same mad man responsible for the death of so many?

I'm very happy to announce a new release from my friend Elicia. She's the one who convinced me to send Blue Moon House to my publisher, so she gets giant props from me. In an odd twist of fate, we both released the same week!


Where did the idea for Tarot Diaries initiate?

The idea came to me like most of my book ideas… all the sudden! I was sitting in bed with my husband studying for one of my psychology classes and I said something along the lines of needing a new book idea. I’d already started working on some ideas for a vampire novel series, but I couldn’t come up with anything that I liked. So he suggested that I write about things that I know. I started making a list of everything that I could really talk about and Tarot Cards came to mind. It went from there.

Do you have plans for more Diaries based on other cards?

What would they have in common with the original?

Since the story is based on the Fool’s journey, it will hold a lot of the main characters and Katie Jenkins, the heroine in the story, will still have difficulties with her family curse.

Did you have to do any research for Tarot Diaries?

I’ve had to do a lot of research. I’d hate for someone to come back to me and say “that’s not what that card reprsents!” I have a fear of that so I do as much research as I can on the different meanings and go with my gut.

What is the one thing that will draw a reader into your story?

I think it’ll be the relationship that Katie develops with the people she encounters. I’ll be the first to admit that the first book develops the story slowly, but once you get into it, I think the readers will enjoy her journey into self-discovery.

What book that you have read is similar to Tarot Diaries?

I think it’s probably in the same category as the House of Night series. In that one, Zoey Redbird was given a gift that she had a hard time accepting at first. I think my heroine, Katie Jenkins is a lot like her. They both have struggles to overcome and meet people that change their lives forever.

Which characters are you looking forward to bringing back in future books?

I can’t wait to bring back Finny. Finny reminds me of my best guy friend. I have some good things coming to him soon.

Which characters are you happy to say goodbye to?

I would say his name but then I’d give away the entire plot. Let’s just say he won’t see the light of day for quite some time.

Where can readers buy your book? 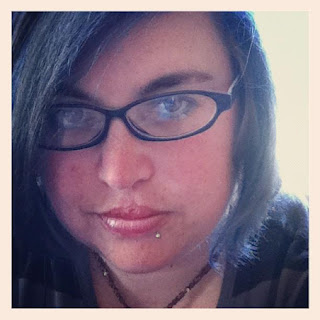 Elicia M. Seawell started out as a freelance graphic artist and fell in love with writing when she began her work in the newspaper industry. After long sleepless nights, she found writing as a way to combat her insomnia however most of her characters were developed while standing in the frozen food section deciding on ice cream. She is the author of “Peach River Acres” and “The Tarot Diaries” series, both being released by Rebel Ink Press. She is also the author of the self-published YA novella, “Shadows: The Story of the Kayouta.” Elicia is currently studying Behavioral Analysis/Psychology and is married to Michael Seawell. She has three children: Brandon, Rachel and Greta. She was also born in Darlington, SC and currently resides in Darlington.