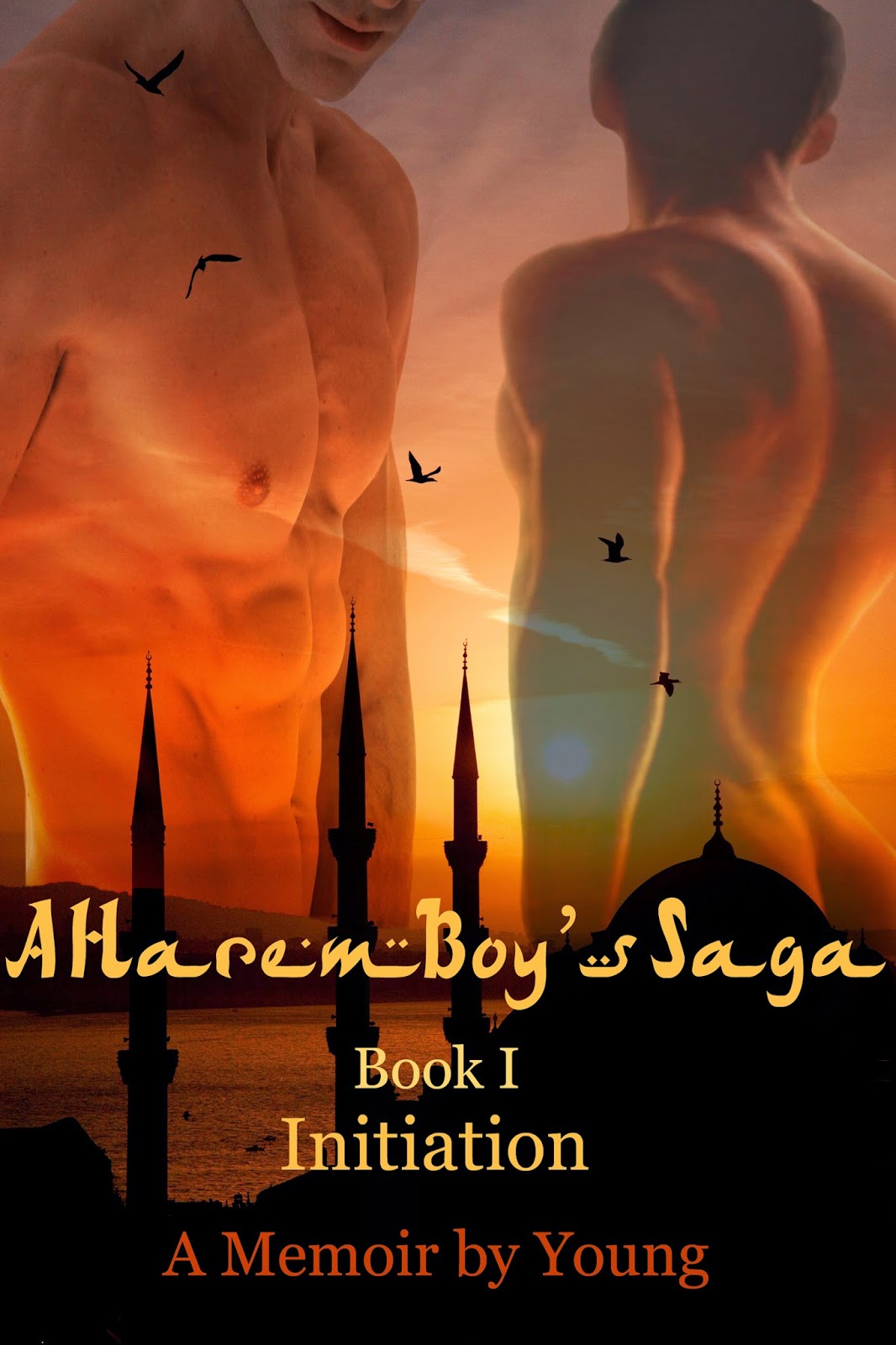 This provocative story is about a young man who was initiated into a clandestine sexual society. He was spirited to the Middle East, from his UK boarding school. He attended the Bahriji School (Oasis,) in The United Arab Emirates in preparation for serving in Harems for the wealthy and elite.

It is also a love story between the young man and his ‘Valet’ who served as his chaperone and mentor during the boy’s Harem service.

Author’s note:
I had a privileged and unique upbringing in Malaysia, where I was known as a "sissy boy." Following in my brothers' footsteps, I was sent to an exclusive boarding school in England. It is there that I was inducted into a clandestine organization, E.R.O.S. The Enlightened Royal Oracle Society. For four years, unbeknownst to my family, I was willingly and happily part of a Harem.

My story has been kept under wraps for close to 45 years. The correct moment has arrived for me to make known my unique education. Bernard Foong was born in Kuala Lumpur, Malaysia. At the age of 8, he was assisting his aunt and cousin, learning the art of sewing and fabrics/colors matching. He attended an exclusive private boarding school in the United Kingdom before obtaining his Diploma in Fashion Design at the Harrow College of Art & Technology in London, England.  He went on to complete his Master of Design at the Royal College of Art & Design, London, England. During his college years he won several international fashion awards and was already retailing bridal and evening dresses to several well known department stores in England. Liberty of London, Selfridges, Harrods and Harvey Nichols to name a few that carried his designs. His Royal College of Art graduation wedding/evening wear collection was sold to Liberty of London and displayed in their store windows for the entire month of June that year.

For four years, he worked for Liberty’s bridal department as their in-house designer until a trip to Hong Kong, while working on a freelance project for ‘Bird’s’(casual wear) company, he was recruited by the Hong Kong Polytechnic University as their Fashion professor for the next 6 years. During his stay in Hong Kong, he freelanced for numerous fashion companies. From designing casual wear, swimwear, lingerie, and fur garments, men’s wear, bridal and evening fashions to accessories (bags, shoes, and head-wear). He also participated and organized numerous fashion shows, events, functions, and presentations in the Asia Pacific region.

Working for Keys Far East Hong Kong as chief lingerie designer - travelling extensively to the United States, he was soon  recruited as an Associate Fashion Design/Illustration Professor to the University of Wisconsin, Madison and also lectured at the Minneapolis College of Art & Design for a couple of years.

Foong was then appointed as the Fashion Development Manager by an established department store – Parkson Grand (22 stores in Malaysia and one in Shanghai, China). Producing under the label, Natural Life by Bernard Foong, he designed casual-wear collections for the Parkson Grand’s flagship store in Kuala Lumpur. After a couple of years later, he was invited by the Temasek Polytechnic, Singapore to join their design school to establish a Fashion Design department. For two years, he assisted several founding members of the design school - working on the fashion department’s teaching curriculum.

The Fitzgerald Theatre Department, University of Hawaii, Manoa, Oahu, Hawaii awarded a full scholarship for Foong to complete his second Master of Art in Theatre Costuming. Now a resident on the Island of Maui, he has assisted many charity organizations in their fund raising events with his extravagant fashion and performance shows/presentations. In 2005, he and his partner, Mr. Walter Jay Bissett opened Fire Dragon Bistro Orient & Design Shop. He also designs costumes/fashions for numerous theatrical productions in Hawaii and abroad.

Appointed as chief lingerie designer for Cerie International Limited – Hong Kong, his lingerie designs can be found in major department stores in Canada and the United Kingdom.