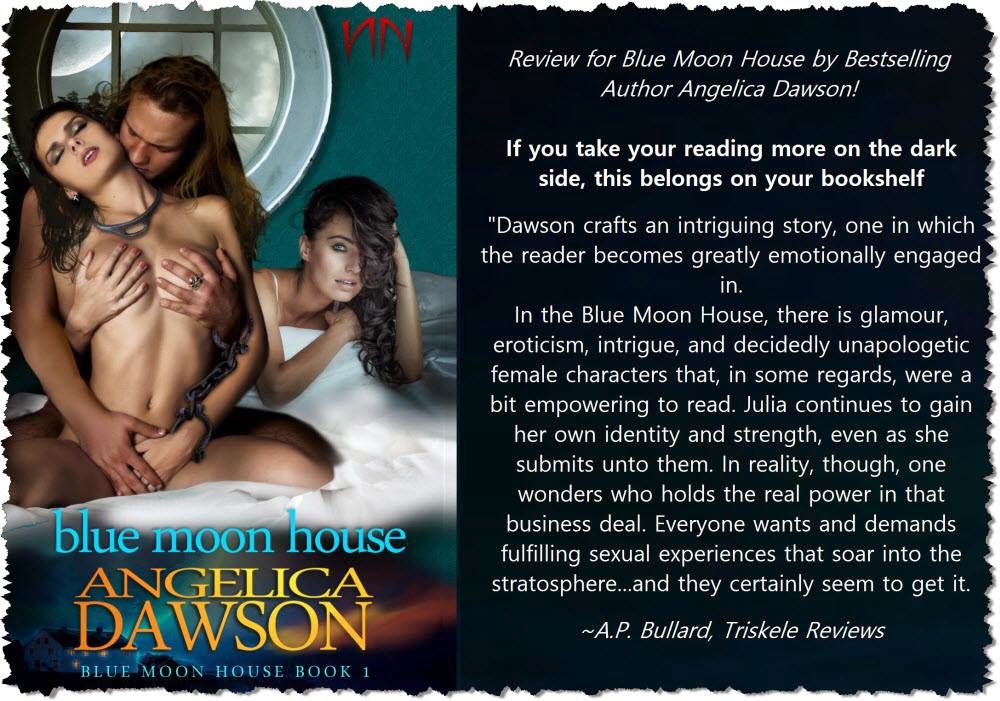 Pressing Julia’s face to the bed, Sophia’s hand came down hard, making Julia wince at the stinging. Then there was burning as Sophia’s teeth broke the skin of Julia’s left buttock. Another spank and another bite.
“Tell me you are prepared,” Sophia demanded.
“I-I am,” Julia stammered. Harry had instructed her to take extra iron and over-hydrate in anticipation of being fed upon this weekend. She expected Sophia wouldn’t be the only one to bite her. All these bites were quick though, small blood loss. Julia was sure the purpose was to put Sophia’s saliva into the wounds. It had an aphrodisiac effect, making Julia start to sway her hips as she became hotter and wetter. Sophia indulged her, fingers stirring her pussy only to stop and spank her again for several minutes, long enough for the edge of pleasure to recede into pain. Then Sophia would bite again and start fondling.
The spanking was followed by a more thorough fucking, and then by a flogging. Most recently Sophia had used a wand, vibrating Julia to orgasm. Julia was covered in sweat, shuddering. Her legs collapsed, and Sophia’s hands alone kept her from falling down. She replaced the wand with a new toy, a rabbit, held inside her by a harness. Sophia turned on the settings and held Julia’s legs as the toy began to rotate and vibrate.  When Julia clenched and the toy jarred, slowing its turning, Sophia’s eyebrows raised. However, as soon as Julia relaxed at all the straps pulled it back in. Julia bit her tongue, pulled against the ropes on her arms, screamed freely, but the toy didn’t budge, didn’t cease. After a while, Sophia turned up the setting.
Sophia’s blue eyes filled Julia’s swimming vision. Her last command had been to look at her. Her throat was hoarse from screaming in pleasure, in pain; her chest was heaving with the effort of her vaginal contractions, pulling her diaphragm, her thighs; all of her was consumed by the continued climax. Julia whimpered, licking her lips, her mouth dry.
“There you are,” Sophia murmured and the grinding suddenly stopped. Julia fell, sliding to the floor around Sophia’s legs. The vampire picked Julia up easily and laid her on the bed Julia had been leaning against. “You are beautiful, Julia. Remember, you don’t have to join us to continue to come here. This is not an ultimatum, only a choice.” Julia sighed as Sophia slipped an ice chip between her lips. Holding it in her teeth, Julia let the liquid run over her tongue and down her throat while Sophia wiped her down with a wet cloth.

Posted by Angelica Dawson at 08:00