For your reading pleasure, we'll be featuring each author with a story of her choice for the next few weeks. Some will include interviews, and all will include excerpts. Today's featured author is me! Angelica Dawson. 1.   When did you start writing?
In Grade Six, as our final assignment, I outlined a three part play and wrote several chapter stories. I set the pen aside after University, though, and returned to it in 2010. Since then I haven’t taken more than a few months off.

2.   What makes your stories unique?
I like the flaws in my characters. There’s something to me that rings true when someone slurs their esses or eats sloppy or can’t seem to not drop things.

3.   Is there a common thread that runs through your books?
I have written in many genres and worlds, so I don’t know that there is one. Often they have Happy For Now endings. I believe stories don’t end, they just continue off the page.

4.   If money was of no concern, what would you envision as your perfect lifestyle?
I’d love to live somewhere secluded with a good internet connection. That way I could enjoy wilderness and still feed my writing and reading goals.

5.   Besides writing, what things are you most passionate about?
I’m an environmental consultant, a botanist specifically, so I’m passionate about the damage we are doing to our world and how ecosystems and communities will be able to adapt. I’m also passionate about my daughter. She is my world most days. 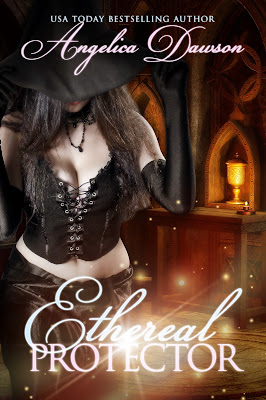 Is her true love in her shadow?

Magic just became real for Paige Brown. Since she helped her roommate cast a spell, she has wanted to explore her new-found talent. Flashback to her ancestor give her clues, specifically to a love spell that she hopes will snag the professor she has been fantasizing about. Both Paige and her previous incarnation, Jane, fine that controlling magic is more than a simple recipe. Will Paige be able to break her own spell? Will she discover the love that is closer than she knows?

Summer dug in the garden, pulling weeds from desirable flowers and herbs. It was a slow and tedious task, but the sun warmed her arms and neck, prohibiting any ideas of going inside. Gwen and Paige were both on campus for differing reasons. Summer jealously held onto her weekends and refused to let anything from school invade them. Well, anything but the assignments that couldn’t be put off.
It still shocked her that she knew the names of so many of the plants. Her parents lived in an apartment, so they kept a few flowers in pots. Somehow she knew not only what each of the ones here were, but what Mary used them for. The dreams grew more vivid and detailed. She wouldn’t claim to be a witch, but she was glad to know a few teas, like chamomile, that helped to calm nerves and ease minds. Those would be very useful when she found a job.
Summer froze, her trowel still an inch above the bed. “How did you get out here?” she asked the air. There was no mistaking that presence. She still didn’t know who he had been, but after a month it seemed obvious to her that he was masculine. Something in his bearing, which she couldn’t see, and his stature gave the impression he was taller than her.
There was no answer, but a breeze rustled the leaves and the ghost sat next to her on the ledge.
“I refuse to be put off by you. You can haunt the house all you like. I’m not going anywhere. This is my family’s house. Who are you to haunt it anyway?”
It occurred to her that he might be a distant ancestor. Aunt Marge said no one had reported the house as haunted and that there was no record of a death in the house. Even Mary, tried as a witch, died in the square, not the house.
The ghost didn’t answer, but he did leave, not before touching her arm and making her shiver. Upstairs, washing the soil off her hands, he returned. It had become less oppressive all the time, and she was actually getting used to him, dammit.
She had the sense he was looking at her in the mirror. It felt like hands slipped around her waist, and she tipped her head to the side. Goosebumps flooded her skin and she could have sworn he kissed her neck. Shuddering, she leaned forward, gripping her vanity.
“Whoa. I don’t think I’m ready for a frisky ghost. Tell you what, you don’t do that again and I won’t try to push you away.”
There was no way of gauging his response, but he didn’t grab her again. Instead he brushed her hand, something she thought she could get used to in time.


Goodreads
Posted by Angelica Dawson at 00:00