For your reading pleasure, we'll be featuring each author with a story of her choice for the next few weeks. Some will include interviews, and all will include excerpts. Today's featured author is Kallysten. 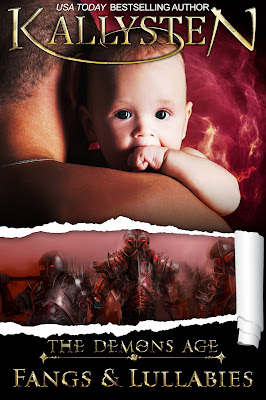 Catch up on the series!
Two vampires and a little boy. Two dads and their son. One family.
A child’s birth. His first teeth and first steps. School friends and bullies, recess, school plays and science projects. A girl, a crush and a broken heart. These childhood experiences are shared by countless little boys from different horizons.

And yet… Jacob is anything but average. For as long as he has been able to understand, a secret has shaped his life, kept even from his closest friends: his father, Andrew, is a vampire. And so is his other father, Nicholas.

Two fathers raising a son neither of them ever thought he would have. A Sire and Childe resuming their relationship after years of estrangement. Through snapshots covering Jacob’s life from birth to adulthood, discover this unusual family, and how, in the end, all it takes is love.

In a strange era when demons are beginning to appear all over the world and threaten humans and vampires alike, the three of them form quite an extraordinary family. And yet, at the same time, they could hardly be more normal.

“Explain yourself,” Andrew demanded, barely managing to keep the growl out of his words. “Explain how you could do something so stupid and put all of us in danger.”
This time, when Jacob looked up at them, he didn’t wince again. Instead, he frowned. “Danger?” he repeated. “What danger? You think she’s going to try and stake you?”
“No, I think she could talk. Tell all her friends about this. And one of your teachers might hear about it. Report us to social services. And when they stake Nicholas and me for kidnapping a child, because vamps can’t have kids and can’t adopt or foster children either, you can tell me again that there’s no danger.”
Eyes wide and incredulous, Jacob shook his head. “She’s not going to tell anyone. She promised.”
“So did you,” Nicholas snapped. “So why in hell would you break that promise?”
“Because I love her,” Jacob said, quietly but with no hesitation. He was looking down again, his gaze fixed on his hands, linked together in front of him. “Because I’ve been lying to all my friends for as long as I’ve had friends, and I just…” He sighed, looked up at Andrew, then Nicholas, eyes pleading for them to understand. “I needed someone to know. I needed just one person to talk to about it. About what it’s like to pretend I’m not what I am. Or what it’s like to train with you. Or…”  Jacob swallowed hard. “I just needed her to know. So when she tells me she loves me, I can believe her instead of thinking she’s in love with a lie.”
Andrew opened his mouth—and closed it again without a word. He was still mad at Jacob, but he had heard a pain in Jacob’s voice that he had never before suspected was there. It tore at his heart like Jacob’s tears always had, and—like always—Andrew would have done anything to soothe his son’s pain. But this time, there was nothing Andrew could do. This time, Andrew was part of the problem, and not the solution.
“So what?” Nicholas asked, words sharp as fangs. “Every time you fall for a girl, you’re going to tell her? Wait a minute. Did you tell your girlfriends before her?”
“No!” Jacob shook his head emphatically. “Of course not. I never told anyone else. She was the first. And maybe she’ll be the last. I love her, Dad. I’ll always love her.”
Jacob’s gaze flickered between Nicholas and Andrew as he said it, and that ‘dad’ could have been either of them, or maybe it was both, but Andrew still felt removed from the discussion.
“You’re six-fucking-teen! You’ve had three girlfriends in the last three years! Don’t fucking tell me that you’ll always—”
“You know what, Dad?” The feet of the chair scraped the floor when Jacob abruptly stood. “You’ve been in love with the same person for a hundred years. So if you tell me love doesn’t last, I’m going to laugh in your face. Really hard.” 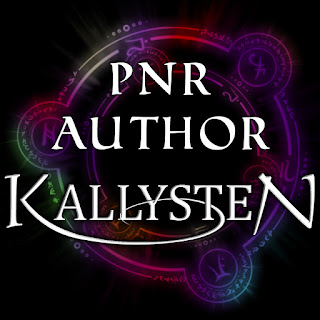