For your reading pleasure, we'll be featuring each author with a story of her choice for the next few weeks. Some will include interviews, and all will include excerpts. Today's featured author is Mychal Daniels. 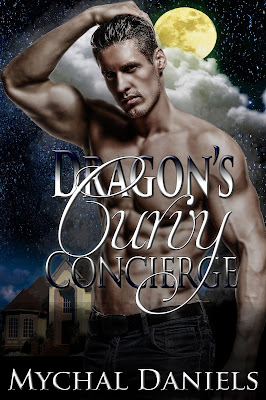 “I don’t know what you've heard about me, but I’m not in that sort of business. I’m a concierge, not a concubine!”
To her retreating back, he lobbed, “And, I want neither of those. I want you.”

Kaput—all her ability to resist was over. Reputation, hard work, and goals evaporated into ashes as she lost the battle and gave into his searing kiss.
Sure, she’d kissed a few guys and had fooled around here and there. Bronwyn had even gotten so far as to explore with intimate touching of her full breasts with a guy as they made out. Dry humping another guy the only time she’d ever allowed herself to drink on a date still didn’t compare to the way Mac was kissing the hell out of her. How could kissing be so freaking amazing? Except for his embrace to hold her steady, their only contact was this magical kiss. The man didn’t touch her breasts that ached for attention, nor did he roam her body with his hands. How was he doing this to her with a kiss?
New sensations too wondrous to try to identify had her body arching and straining up and into his massive one. Barely allowing her time to take in air before slaying her senses again with his tongue, Mac marched her up to the point she thought she’d explode with the overload of emotions coming at her. This, this was some next-level, seduction she couldn’t have ever been ready for.
“Wait, hold up, stop,” she managed to get out after another brief separation.
His answer? Was to suck her bottom lip as the tip of his tongue flicked and teased her into submission.
She pushed back, releasing her lip with a pop. The effect produced a drenching of her panties. This man! Instead of saying a word, the look of gorgeous bedevilment greeted her. In that moment Bronwyn knew she was completely lost to escaping the promises behind that look.
“Okay fine! You’ve got my attention,” she said through heavy breaths.
“Just your attention? I see my work has only begun.”
He used his tongue to trace the outline of her lips. Never had something so audacious been done to her—her! He used that tip like it was a whip to draw her back in. Each flick and taunt coaxed her mouth back into submission until he plunged in again to claim victory over her sanity. Throwing her hands up in the air in unconscious surrender, Mac wasted no time gathering her up and bringing her right back to the middle of that bed where she’d started. 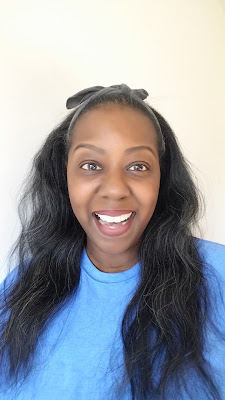