For your reading pleasure, we'll be featuring each author with a story of her choice for the next few weeks. Some will include interviews, and all will include excerpts. Today's featured author is Felicia Beasley. 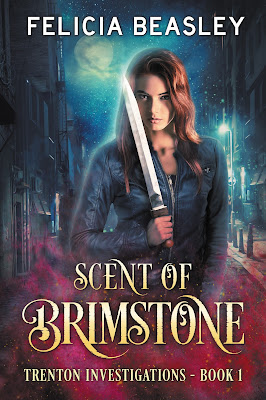 I hobbled across the threshold, praising myself for not immediately falling over. I inspected the damage to my stomach as Chase looked around the small office. Blood oozed from the wound.
“You need stitches,” he said.
“I have a needle and thread in my desk. I’ll take care of it after you leave,” I said, hoping he’d get the hint.
“Let me.” He walked over to my desk, opened the drawer, and started rummaging around.
I stiffened. Stitching up my wound was far too intimate but I would continue to leak until I did something about it. “I’d prefer if you didn’t.”
“Your preference doesn’t matter to me. You have something I need. Until I get it, I’m not going to let you bleed to death.” He didn’t look up from his treasure hunt. “I’m not leaving, either.”
Arrogant jerk-off. “I bet you’re a hit with all the ladies.”
He lifted his gaze. “With the right ones.”
“Let me guess, I don’t fit the criteria.”
He pulled out my unused sewing kit and strutted over like he was a member of the Bee Gees.
“Ah, ha, ha, ha, stayin’ alive, stayin’ alive,” I muttered. I would’ve added some cool dance moves but it would’ve hurt too much.
He stopped mid-stride and looked at me like I was nut-so. “Maybe it’s too late and there’s no hope for you.”
“You might be right. Could you be a dear and let me die in peace, then?”
He ignored me, again, and closed the distance between us. His brow furrowed as he studied the damage the naga had done.
“This would be easier without the shirt,” he said.
“I usually don’t get naked on the first date.”
He grunted, not amused. Apparently, having a sense of humor wasn't a requirement to graduate from demon hunting school.
I tried to pull the hem of my shirt over my head. It wasn’t like I was modest or anything. I stopped when the pain hit me like a locomotive going a hundred miles per hour right to my gut.
“Let me help,” he said impatiently.
I flinched as his warm fingers grazed my bare stomach. He pulled his hands away.
“Did I hurt you?”
I glared to cover up my embarrassment. “Why the hell do you care? Just do it.”
His jaw clenched and I prepared for him to rip the shirt over my head like an overeager lover just to spite me. Instead, he was slow, gentle, careful not to let the fabric further aggravate the wound.
I covered up the effect it had on me with derision. “Took you long enough. I’m guessing you’re a bore in bed.”
I watched him swallow as his gaze rested on my breasts.
I didn’t hide the smirk. “I didn’t know sentinels were celibate.”
His eyes shot to my face and his cheeks reddened. It was kind of adorable. “Pardon?”
“Once you’re done eye-fucking my tits, can we get this over with?” 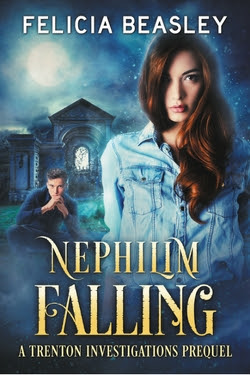 Visit Felicia's Amazon Author page to grab your copy now.
This title will only be available as a single through the beginning of July

He stared at me as if this was the first time he’d ever seen me.
You know those times when it feels like everything just stops? A second stretches to a millennium. The universe waits with bated breath for the next moment.
But then the moment doesn’t happen, and the universe lets out a big disappointed sigh.
Blue eyes blinked at me as time resumed. The tension evaporated, and I was left wondering if I just imagined the passion in his piercing gaze. He had probably still been thinking about the fire.
“They aren’t coming after us,” he said, sounding relaxed for the first time. He smiled. “I can’t believe we made it out of there.”
“It’s not them I’m worried about.”
Lucas still didn’t move or let go of my hips. He didn’t even ask what I meant. There was no lingering moment this time. No oceans of anticipation to drown in.
One moment he looked like he’d won the lottery and the next his mouth claimed mine like a dragon with his treasure.
Heat that had nothing to do with magical flames infused my body, weakening my legs more than the magic soul suck had.
I leaned my body weight into him lest I fall to the ground in a puddle. He wrapped his arms around my body, keeping me locked against him until he decided he wanted to let go.
A moan escaped my throat as his hungry mouth sucked and tugged on my virgin lips.
Yeah, I had never been kissed before. Just like that movie with Drew Barrymore, only I really was a high school loser.
I wrapped my hands in his hair, fingernails digging into his scalp as I pulled him down harder. Pressure began to build in my lower stomach. Tendrils of pleasant tightness fluttered like butterfly kisses up through my chest.
Now, I wasn’t the only one moaning. His hot tongue glided across my bottom lip. Once. Twice. My mouth dropped open with a sigh, surrendering to his expertise. He closed his mouth around my lower lip and sucked.
There was no drug on the planet more addictive than Lucas Zane. One taste and I knew that I’d do anything for another hit.
I pressed my palms against his bare, bloody chest and pushed, jerking my face away from his.
He looked down at me, eyes half-lidded, cheeks flushed, lips cherry red.
“I thought you only wanted to be friends?” My voice cracked. My body was pissed at my mind for ruining her fun. The co-mingling guilt and desire turning my stomach threatened to make me throw up on his shoes.
The only word to describe the way he looked at me now was smoldering.
“I lied.”