#SerialSunday - Rising Up - What's In This?

Monday came quickly. I held my breath as I stepped out of the elevator, preparing to face Peter for the first time since the weekend. I thought about his kiss, his arms, his hair... My heel caught in the gap of the doors and I went sprawling. My purse fell open, contents scattering across the floor.

Mary chuckled, but she scooped up my make-up and various cards. She passed me my phone last.

"Get outta my tree?" she asked. 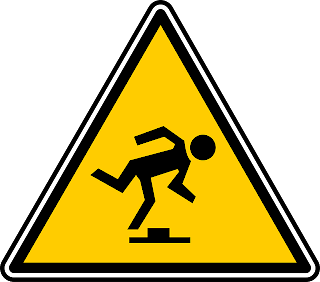 "Shut up," I complained. Of course Jamie had told her.

My nervousness turned out to be completely unfounded. The end of the quarter had come and everyone was busy. Everyone except Gary. He decided that a lunch swap was a great team-building exercise. If he wasn't such a nice guy, or so big, someone would have shut him down when it came to ideas like this. Instead everyone reluctantly passed over their lunches, or cash if they were buying lunch. He was making the selections at the deli down the block, and we were all eating our desks.

At noon, Gary walked around pushing the mail cart and randomly handing over food.


"I am lactose intolerant," Laura told him, looking at her ham and cheese sandwich.

"Oh," he murmured. He rifled around and handed over someone's leftovers. "Here."

"What is in this?" she asked, lifting the lid.

I shook my head. We were going to have allergic reactions all over the office.

"Here ya go, Beth." He gave me a brown paper bag. "And may I say, I plan on enjoying your quiche. Whoever said a man can't enjoy quiche was dead wrong."

I chuckled. "Well, I hope you like it. What did I get anyway?" I asked peeking inside.

"Dunno. Peter was reluctant to give it up though. I thought I might have to rip it out of his hands. It was so easy raiding the fridge," he said with another chuckle.

I laughed too. That was where I had put my quiche after picking it up from where the container had rolled under Laura's desk. It was probably pretty mangled.

It looked like a sandwich. Why was he so protective of it? I pulled it out and turned back to my monitor and keyboard, entering another set of numbers into the spreadsheet. I bit down without looking. Roast beef, with some awesome mustard. I'd have to ask where he got it. This wasn't such a bad idea after all.

I heard a crinkle from beside me and reached out instinctively to grab my lunch bag. I had had many of my lunches stolen in school. My hand closed on Peter's and he opened it right away.

"Um..." he said, running a hand through his sculpted hair. "Can I trade you? I have some sort of cake here. Looks like carrot."

"No trading for your own lunch!" Gary shouted. "Only someone else's!"

There were several chuckles at his outburst.

"Why? What is it?" I asked looking into the bag for what was left. It was a pair of cookies, oatmeal.

"No, wait. There are two. Do you mind if I keep one?" I pulled out one and handed it to him.

His smile was small and sheepish. "No, and I'll still give you the cake for it," he offered.

I shook my head. "This sandwich is plenty. What type of mustard do you buy?"

I nodded, taking another bite of the sandwich. "It's very good." I said once I had swallowed again.

"I should get back," he looked over his shoulder at his office.

"We're still on for Friday though?" he checked.

"Absolutely!" I said a little too enthusiastically. I groaned and licked my lips.

He watched a little too closely, which made me feel better again. Then he backed away, which looked really odd and earned him some quirked eyebrows from the cube farm.

I chuckled and turned back to my screen, munching on his sandwich.

The cookie was delicious. A little cold, like it had been pulled out of the freezer that morning, but still moist somehow.

I cleaned off my desk and headed for the elevator. I noticed a few empty chairs. "Where'd they go?" I asked Mary, pointing.

She snorted. "They all got nauseous. Apparently a lunch swap helped trim the team rather than build it." She laughed aloud.

Gary glared at her and taped a page onto the wall. It read: If we didn't have stupid thoughts, we wouldn't have any interesting thoughts at all.

Mary doubled up. "Why is it wrinkled?" she asked.

"Because I didn't appreciate it when Matt sent it to me." He pouted, but it soon turned into a grin. "But the more I thought about it, the more I realized that it was true. I mean, just think how much less fun you would have if you didn't have stupid ideas like climbing trees?"

Mary laughed at my discomfort and Gary put an arm around my shoulders. "Don't worry Beth. It wasn't that stupid. But it was interesting."

"I'm going to repay you," I said to Mary, who shook her head vigorously.

"No, she also didn't tell me she climbed it first."

Mary scowled and together we muttered, "Peter."

Gary laughed and walked away.

That night my phone rang while I was sitting with Jamie. She was texting Brian, her latest project. She liked to make a guy jump a few hoops to make sure he was interested enough to be worth her time. Brian was looking good so far. He'd been willing to bring her a forgotten item. He'd navigated his way through her mental maze to determine her favorite beverage and brought it to her desk one morning. Now she was testing how quickly he responded to an impulse message. He was supposed to be at a hockey game tonight. His phone would probably be on, but would he take the time to answer? Apparently he did because she was bouncing and grinning. Just as she opened her mouth to tell me his answer, my phone rang. I cocked my head apologetically and answered.

I chuckled. "Yeah, really tasty. Was it frozen?"

"Yeah, that's why I didn't want to give them up. They're the last from Christmas. My grandma bakes me a batch every year."

"Oh!" I said surprised. "Well, they're really good. Does she live far away?"

"Yeah, she's in Florida. I fly down to visit her every Christmas."

"With the rest of your family?" I asked, realizing I knew nothing about his family.

"Um, yeah. I wanted to know, where would you like to eat Friday? I was thinking Mexican."

"Mexican would be great." I noticed Jamie still typing away on her phone. Not only willing to answer during a game, but carry on a conversation? Brian was racking up the points tonight.

"Great. I was planning to go this improv group I like to watch, so, dress casual, okay?" Peter continued.

"Casual. Got it. Should I meet you somewhere?"

"Okay, six. See you there. Well, see you tomorrow," I amended with a nervous giggle.

I hit the disconnect button and looked to Jamie, who was still grinning.

"Nice," I told her. Antonio's was much classier than Casa Rosa, but we were keeping it casual.

She held my eye for a moment before squealing and tackling me in a hug.
Posted by Angelica Dawson at 20:00