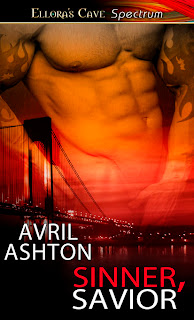 I am honest, to a point. I am extremely private, but there’s a need to also be authentic. To make yourself available and relatable to the readers. It’s not always easy, but I’m not worried about it.

I understand. I always wonder how people who create identities for themselves keep that authenticity. You participate in several blog hops. What makes the ones you enter catch your eye? Do you ever consider taking part in more? Do you find they are good publicity?


I love blog hops, they never fail to bring me never-before-reached readers and potential fans. It’s a great way to introduce myself to new people, to sell myself without selling myself. They get a taste of me and my stories and make their minds up whether or not to stick with me. I get to meet great people who I’d otherwise never meet.

I'm new to hops, but I'm definitely liking what I've seen. You have been a stop on a few virtual book tours, and I like to think I'm part of your tour. Where do you find the authors who visit your blog? Are they the same publisher? In groups together?

Mostly I visit fellow authors blogs, authors from my different pub houses, authors on Twitter and FB. You’ll find once you put yourself and ask for help, we are very willing to extend that hand or a blog to do so.

What type of post do you find gets the most attention? Where do you find your readers and what hooks them?

I think the most interesting posts are those that showcase you, the author, as well as your story. Promo for the sake of promo has its uses, but as a reader I like knowing about the person behind the scenes. My readers are everywhere: Goodreads, FB and Twitter. Even fans of just a specific Pub I’m with. I’d like to think my stories are what hooks them and keep them coming back.

You have several titles in addition to your latest release. Do you have a favourite? Do you prefer writing your own novels/novellas or participating in Anthologies? What is the typical length of an Avril Ashton story?

Ha. Whatever book I’m writing at the moment is my fave. I’m only in one Antho so far; I like doing my thing, my way and watching where it leads. I like novellas, obviously because they’re short and can be written mad quick, but there are those stories that can’t be told in 20/30k. Each length has its pros and cons.

Tell me all about Sinner, Savior. Is it your first m/m? What sparked the idea? It’s not my first m/m. Been at this particular rodeo for a sec. Sinner, Savior was never supposed to be. I didn’t plan on giving Pablo his own book, otherwise I wouldn’t have named him Pablo. He shows up in Love the Sinner (Brooklyn Sinners #1) as one of the heroes’ best friend and right hand. A secondary but in my mind, throwaway character. Then things changed. In Sinner, Savior, Pablo is emotionally wounded with a broken heart and a target on his back. He’s hardened himself against any kind of inner weakness, but love can’t be thwarted.

Sinner or Savior? Each man has a choice to make. It should be simple. It never is.

Gun runner Pablo Castillo has cemented his reputation in the gun trade as callous and cold-hearted. Personal feelings no longer matter, not with everyone out to make him a sacrifice on their way to the top. He remains untouchable, until a meeting with a rival gang leader and a new deal brings him face-to-face with temptation.

Dev is the right hand to a sadistic bastard out for blood and glory. He hides his true feelings of distaste for his boss, not the least of his many secrets. He could’ve sworn those secrets were safe, but after meeting Pablo he’s not so sure. The two men come together in a heated affair neither can deny, battling themselves, each other and a deadly enemy bent on spilling blood. Pablo and Dev will have to stick together or walk away from a love neither man expected to find. The choice should be simple. It never is.

Avril also gave us an excerpt!

“What you got, Phelps?” Pablo raised an eyebrow at one of the cops he had on his payroll. “Anything interesting?”

Dressed in a gray suit, ill-fitting and wrinkled, Detective Phelps sat opposite Pablo on the hotel bed, a half-naked Piper Espinoza—a rather ambitious gangster groupie—sprawled in his lap. “I don’t think it’s all that interesting.” Phelps held up the folder. “Devon McGhee is your typical street kid. Grew up on Staten Island. In and out of juvie, in and out of Riker’s. Never long stints though.”

Pablo grabbed the folder and stood. “I’ll be the judge of what’s interesting. In the meantime, I’m sure you and Piper would like some alone time.” He walked out as Piper dropped to her knees between the detective’s legs, the man’s aroused groans following Pablo out the door.

In the confines of his vehicle, Pablo read Devon McGhee’s file. His eyes were described as blue, but Pablo knew for a fact they were more the color of a cloudless summer sky right before darkness fell. Dev was twenty-eight, younger than Pablo by five years. Even though he’d graduated high school, Dev never went on to college. Instead he’d spent sixteen months on the Island for assault.

He beat a man in a Chelsea bar with his bare hands.

A brawler. With those pretty fucking fingers. What a waste.

Considering how Dev grew up, Pablo didn’t doubt the man had to fight all his life. The file said Dev’s mother was a crackhead who died when he was two, leaving him to the State with no siblings and an unknown father.

No wonder he ended up working with Jeffery York.

Pablo stared at Dev’s mug shot, into his defiant eyes, his body stirring.

None of it mattered because in the end, he’d never give in. He’d learned and yes, he could close his eyes and slake his hungers on the very available man he used in Philadelphia, but it wasn’t the same. He’d put off going to Philly, going to Levi for a long while, because all he did was go through the motions. Levi was discreet and always ready, but Pablo couldn’t bear it. To be on top of someone and hesitant to open his eyes else he’d lose the illusion that the man below him was the one he’d wanted for so long. The one he ached for even now, all this time later.

He picked up his phone from on top the dashboard and dialed the number one of his men had scrawled onto a notepad. Dev had already called twice to check on the merchandise and twice Pablo made one of his men answer the call.

The deep drawl reached low in Pablo’s belly, heating his groin. Ignoring his body’s steady throbbing, he spoke into the phone. “Pretty boy, tell your boss his order is here.”

Seriously, how could the fucker sound like he was addressing Pablo’s father and still have him leaking? “That’s me. Tell your boss—”

“I’ll be doing the pickup. Just tell me when and where.”

No. No. No. That simply would not do. Pablo curled his hand into a fist. “I don’t have the patience or the inclination to deal with rookies,” he sneered.

“I think you’ll find I’m more than qualified.” Dev paused. “York is out of town. I’m in charge and I can assure you I’m fully experienced, ready for anything you attempt to throw my way.”

“Yeah?” Pablo gripped his crotch through his jeans, squeezing himself to the point of pain. A shudder ripped through his body, jerking him upright. He screwed his eyes shut, tight enough to see tiny stars. “Tomorrow evening, seven thirty at my warehouse on Williams Avenue. I take it you know where it is?” His erection softened and he breathed deeply, silently.

“Good. Make sure you’re ready.” He started the car and drove out of the hotel parking lot.

“For what I’m about to throw your way.”

A Caribbean transplant, Avril now lives in Brooklyn, N.Y with a tolerant Spousal Equivalent. Together they raise an eccentric daughter who loves reading and school (not so much school anymore). Avril’s earliest memories of reading revolve around discussing plot points of The Nancy Drew and The Hardy Boys with an equally book-minded mother

Always in love with the written word, Avril finally decided to do the writing in August of ’09 and never looked back. Spicy love scenes, delicious heroes, and wicked women burn up the pages of Avril’s stories, but there’ll always be a happy ending; Av remains a believer of love in all its forms.